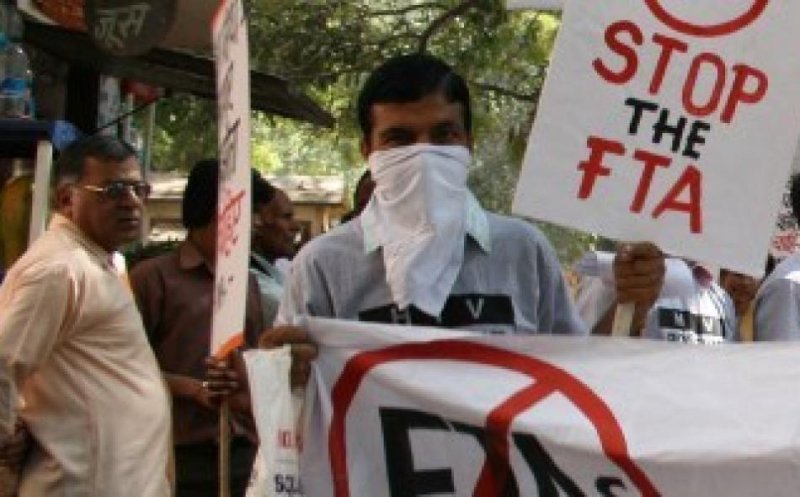 Treating intellectual property as an investment, and subjecting it to treaty arbitration, can have undesirable impact

Ali is the IPR Chair Professor, IIT-Madras, and Agarwal is a Delhi-based lawyer

Global giants like Vodafone and Cairn Energy have raised investment disputes against India by initiating arbitration proceedings under investment treaties. Free trade agreements (FTAs), like the Regional Comprehensive Economic Partnership that India is currently negotiating with other countries, tends to treat intellectual property (IP) as an investment made by investor corporations, allowing private investment disputes to be raised against the host country whenever there is a threat to their IP.

Treating IP as an investment, and subjecting it to treaty arbitration, can have undesirable impact on the hard-bargained flexibilities in IP laws and on public health safeguards that India has earned over the years.

Recently, US pharmaceutical company Eli Lilly lost an investment dispute initiated under the North American Free Trade Agreement (Nafta) challenging Canada’s patent laws that could have potentially divested Canada of approximately Rs 2,500 crore in damages. Eli Lilly challenged the invalidation of its patents by Canada, and the Canadian disclosure utility doctrine that mandated a high threshold for patentability.

Had the arbitral tribunal upheld Eli Lilly’s claim, it would have invariably pressurised Canada to change its patent laws and offer greater protection to the company’s drugs, thereby undermining Canada’s access to the medicines programme. While dismissing Eli Lilly’s claim, the tribunal ordered it to pay only 75% of Canada’s legal costs. Tellingly, the legal expenses to conduct arbitral proceedings can itself amount to millions of dollars.

Countries enter into bilateral investment treaties (BITs) to facilitate international trade and investment that predominantly happen through corporations. BITs typically incorporate investor-state dispute settlement (ISDS) clauses under which investment-related disputes are submitted to international arbitration instead of domestic courts. The mere filing of ISDS disputes can also achieve the objectives of the corporations.

By allowing investor corporations to sue host states for millions of dollarsin investment-related disputes, the ISDS mechanism empowers private investors to influence the host country’s laws in the investors’ favour. Companies often adopt the strategy of treating IP as an investment to demand higher levels of IP protection by suing for ‘expropriation’ under BITs in case of threat to their IP, as the definition of ‘investment’ includes IP. This was witnessed in the Australian Plain Packaging case, where Australia mandated plain packaging of tobacco products, disallowing companies to use their trademark on cigarette packets. US tobacco giant, Philip Morris, sued Australia for expropriation of its IP under the Australia-Hong Kong BIT.

Fortunately for Australia, the tribunal dismissed Philip Morris’ challenge for lack of jurisdiction. Had Australia lost the arbitration, it could have been compelled to suspend its plain packaging rules and also pay damages amounting to above Rs 6,500 crore.

When the investment tribunals rule in favour of MNCs, it serves as an impetus for investor corporations to bully countries into changing their laws and removing legitimate public health safeguards. Despite the findings of the Philip Morris and Eli Lilly cases in favour of the host countries, there are serious issues with the ISDS system. Even where the investor’s claim is eventually dismissed, filing of such claims against a country could deter other countries from adopting similar public health safeguards.

Treaty arbitrations are expensive, unpredictable and can potentially undo the advantages gained in incorporating public health protections in our IP laws. India may consider excluding measures concerning IP such as revocation and grant of compulsory licences from the ambit of the BIT. Further, India could also incorporate public health safeguards into the BIT itself, so that a ruling given by a tribunal must consider these as legitimate exceptions in cases where expropriation of IP is claimed. Another approach would be to redefine investments and investment-related disputes so as to exclude matters concerning public interest.

While these measures have been incorporated by India in its revised Model BIT treaty, the safest option will be to exclude IP as an investment for two reasons. First, the probabilistic nature of IP should exclude them as an investment as they may or may not result in a registration. At best, the money spent in acquiring these rights can be treated as a pre-operational expenditure (a category excluded from the definition of an investment). Second, the Model BIT defines investment by referring to “the party in whose territory the investment is made”. IP does not fit into this definition as, in most cases, IP is created by investments made in another country and are merely brought into India for the purpose of registration. The logic used in the Model BIT for excluding goodwill and other intangible rights from the definition of an investment should be extended to IP to ensure that we don’t offer to protect as an investment what is not made here.