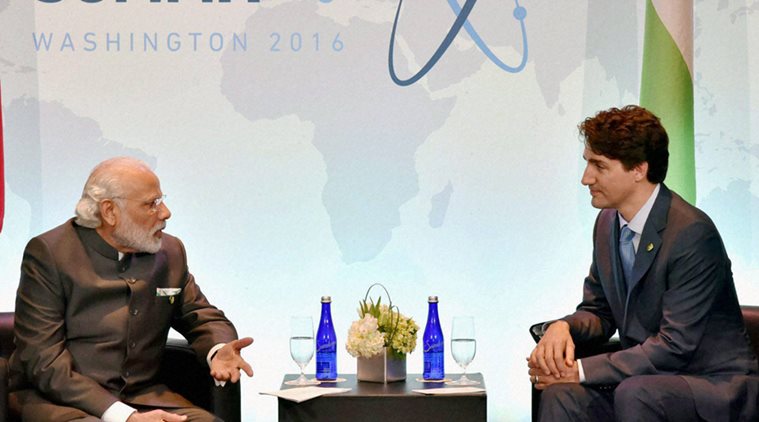 Justin Trudeau arrived in India on February 17 for a week-long visit that will include a meeting with Prime Minister Narendra Modi on February 23.

The Indian newspaper Business Standard reports, "Currently India and Canada are engaged in the negotiation of the proposed Foreign Investment Promotion and Protection Agreement (FIPPA) for facilitating investments and the Comprehensive Economic Partnership Agreement (CEPA) or the proposed free trade pact."

That article notes, "Talks on FIPPA had earlier been stalled by New Delhi’s decision to conduct negotiations for all investment pacts under the framework of the model Bilateral Investment Treaty (BIT) issued by the government in 2015."

That’s because the Modi (who came to power in May 2014) implemented the BIT in April 2017 and refuses to sign any foreign investment agreement that includes the investor-state dispute settlement provision and instead requires investors to pursue disputes in domestic courts for at least five years before moving to international arbitration.

Business Standard now adds, "[An unidentified senior government official says] ’Canada’s prime concern is with the clause that in case of an investor-state dispute, a foreign investor can seek international arbitration only when all domestic legal options are exhausted. While India feels this is required to keep control on litigation and reduce the chances of extremely high penalties from international tribunals, most developed nations believe the Indian legal system to be slow and corrupt’."

On this visit, the Trudeau government is continuing to push for the investor-state dispute settlement mechanism in both FIPPA and CEPA. There is some speculation that India’s Department of Economic Affairs may propose a tweaking of the terms of the BIT so that there’s a shorter time limit for a domestic court to settle an investor-related dispute before it goes to international arbitration.

Furthermore, The Economic Times reports, "India is exploring, for the first time, a ‘hybrid’ model to liberalise its services under a free trade agreement. As part of its trade pact negotiations with Canada, India has offered to give a ‘positive’ list spelling out the services it can liberalise and has asked Canada to come out with a ‘negative’ list stating the exceptions to services it wants to open up. India proposed the model ahead of Trudeau’s visit and is waiting for Ottawa’s response. ’We have offered them a hybrid model for services negotiations and they are yet to respond to it’, an official aware of the development said."