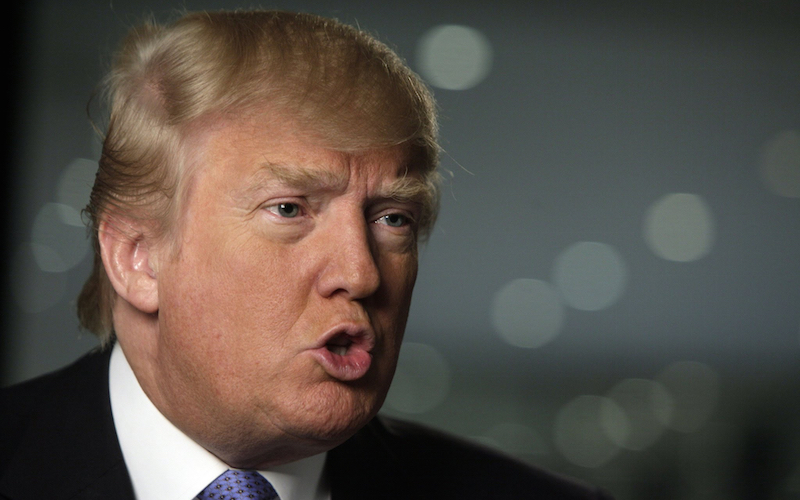 Trump moves: The face of economic and political uncertainty in Asia

China recently opened the highest bridge in the world, the Beipanjiang Bridge which is 564m high. The bridge connects the provinces of Guizhou and Yunnan. It will serve to foster economic integration in the region. This is but one example of China’s real or perceived external policy strategy to develop itself further as a global economic power. The One Belt One Road strategy connects China more readily with Europe and Africa, for a large part via the mainland of Central Asia. In the region China is seeking to establish a Free Trade Area for Asia Pacific (FTAAP), starting with the Regional Comprehensive Regional Partnership (RCEP), which aims to upgrade economic integration essentially through broader trade liberalization and trade facilitating measures.

China sees this strategy as part of an overall peaceful development process in which involved actors can experience a win-win participation. Realist analysts of China however, consider the broader power play that is involved as part of a ‘geoeconomical’ process that puts China increasingly at the center of the economic balance of power in the world. States such as Vietnam, Malaysia, Thailand and Philippines, which used to lean toward the United States (US), may now be seeking to find more favor with the Chinese.

One of the reasons for their potential shift in alliances is Trump’s campaign decision to drop the Trans-Pacific Partnership (TPP), the alternative line towards the establishment of an FTAAP. In what follows it will be argued that the result of this segment of increasing protectionism and isolationism on the part of the US, will have a slowing effect on the FTAAP and risk the further unravelling of the world trading system, the WTO in particular, and a shift in the geo-economical balance, mainly between China and the US, towards a more pragmatic, socially and environmentally arbitrary development process.

One of the most important differences between the RCEP and the TPP, is the lower level of trade liberalization in the short run. The implications are simple. States in the Asian region will continue to hold a stronger hand in the economic process and a lower increase in trade will be achieved than was projected under TPP. A more flexible framework of ‘economic cooperation’ is also envisioned within RCEP to integrate the least developed economies into the future FTAAP. Although this would seem accommodating to many parties, this approach risks creating a loose regulatory framework that has no particular telos. TPP on the other hand sets the standard from the start, yet provides leniency in terms of integration over time for members with lower implementing capacity. With TPP out of the way (as there can be no TPP without the US), the room for politicized maneuvering, and hence economic uncertainty in the Asia Pacific region, will remain bigger.

One key element of the political environment that is likely to make investors more hesitant for the foreseeable future is the projected regulatory framework on State Owned Enterprises (SOE). US service providers, prominently those in the field of energy, telecommunications, financial services and audiovisual services are often in competition with SOEs in Asia. The US aluminum and solar energy industries were hurt particularly by SOE subsidies. Under TPP these SOEs would be required to act on a more commercial basis and limit state subsidies, practices that play a significant role in certain Asian economies, like Vietnam.

Admittedly TPP offered significant exemptions to non-federal SOEs in Malaysia and Vietnam, but if China is seen as the main driver of the RCEP, it is likely, given its own practices in this area, that strong reforms in this field will take significantly longer than was/is projected under TPP. Investors will not be in a position to enforce stronger guarantees (through the TPP dispute settlement mechanism) against (hidden) state intervention that causes injury through market distorting competition and might need to revert more often to insurance in order to stabilize their future.

In a broader sense, regulatory coherence will also become increasingly difficult with a Trump administration that seeks to tailor its economic and political approach via bilateral agreements. Not only will this automatically lead to long term uncertainty regarding the nature of the individual deals and their coherence in terms of regulatory framework and economic equity, it will also lead to broader uncertainty on the direction of the general regulatory framework and institutions. WTO standards might become even harder to enforce and regulatory gaps required to be filled to successfully create the FTAAP might be filled by a Chinese approach that sits uneasy with the current WTO regulatory framework and power structure. How Trump can overcome this problem, provide US investors with stronger guarantees, by taking a bilateral approach, is hard to see. He is likely not only to divide others, but also to divide himself. Weary financial institutions will stall more investment decisions, not repatriate business to the US.

When it comes to competition, TPP would not have provided a supranational enforcement mechanism, but at least it reaffirmed the principle of equal national treatment. Hopes might exist that China will take a sensible position when it comes to the establishment of RCEP, realizing that it needs to offer fair competition to US companies in order to attract enough investment to cover the needs of the region. The projected 8 trillion US dollar required investment in infrastructure for example, is not nearly covered by the 100 billion dollar initial capitalization of the Asian Infrastructure Investment Bank (AIIB), so there is a clear argument for China to allow for this.

As far as the AIIB is concerned the signal that non-members are allowed to participate in its projects is positive in this regard. When it comes to the factual choice of projects of the AIIB issues may rise however. The Philippines for example, assuming Duterte will continue to hold a strong role in the government’s external policy, might well swing more strongly towards China, rolling out the carpet for infrastructure projects financed by AIIB and ultimately falling under RCEP and leaving the US to divest from the Philippines, at least in a relative sense, both economically and militarily. This is again hard to predict as Trump and Duterte seem to be alike, at least as far as the style of their public relations is concerned. Some of it will obviously depend on the development around the South China Sea Conflict. Even if China proves to be economically generous, perhaps more than recent projections (3% of GDP gain through RCEP), the Philippines will ultimately hold an American stick behind the door to make sure it retains independence. China, for its part, is effectively not going to be interested to become overly confrontational, as it will lose legitimacy.

Similarly to the above, it may be argued that the case for Vietnam ends up being a balanced one as well. It might be more alluring to enter into a strong partnership with China through RCEP after a significantly missed economic opportunity to become a partner in the TPP. The flexible integration arrangements and real or perceived like-mindedness on SOE policy also makes China a logical choice at the economic plane. Vietnam, including considering its role in the South China Sea Conflict, will play its cards such though to leave the door open widely for the US to come with a strong bilateral counter offer. One could argue in more or less the same direction for Malaysia, which is a party in both the RCEP and TPP negotiations.

The Thai situation, being in a period of government transition, is not going to drastically change. Although the country tried to become a partner in TPP as well, it is currently bound to become an RCEP member. The relative position of the US and China, as judged by relative trading volumes, is currently only slightly in favor of the US, so unless one can expect a strong flourishing of investment or internal services through US influence, Thailand is likely to be more attracted by what is now more closely in front of it, RCEP.

A final factor in the Chinese success to sway partners in its region to come more strongly under its influence is of course the social and environmental impact of its partnerships/projects. Though TPP might not have been binding in its commitments towards labor, there were clear labor encouraging provisions in the foreseen agreement. RCEP on the other hand has not been as forthcoming in this regard. Additionally, experiences in the past, like Borneo, and Myanmar, have shown that significant resistance can built up against environmentally flawed projects. China will thus have to thread carefully in this regard, but is likely, as is the Trump administration, given the huge economic challenges and ambitions there are, to act with pragmatism rather than by principle. Risks also here will be more abundant under RCEP than under TPP.

What thus follows from the above is that, rather than building bridges in Asia towards the FTAAP, the move by Trump to divest from TPP might make it increasingly difficult and certainly less timely to strengthen Asian economic integration within a clearly defined rule-based international order. Uncertainty about ideology and political choices at the level of leadership are persistent as we move into the future, leaving the economic community with a puzzle that should be worked out by utilizing strong risk management solutions.