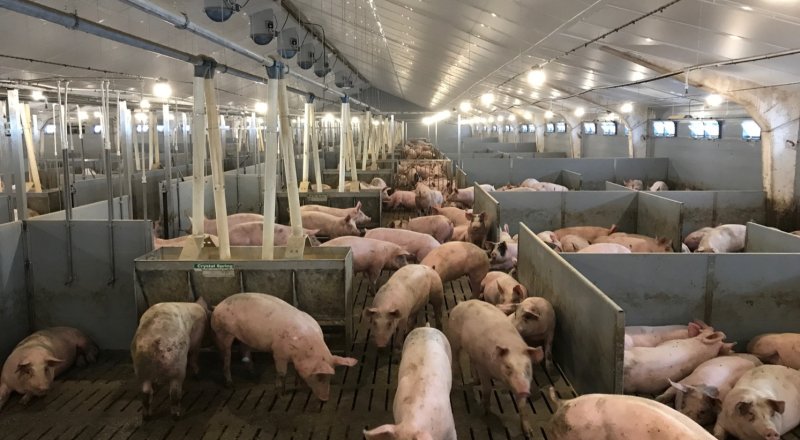 WASHINGTON — President Trump said Friday that the United States had reached an interim deal with China that would forestall a tariff increase slated for next week, providing a temporary détente in a prolonged and economically painful trade war.

Mr. Trump, speaking from the Oval Office, said negotiators had reached a “Phase 1” agreement that would take several weeks to write and that both sides could officially sign by November.

If completed, the agreement would provide relief to American farmers and businesses that have been battered by the trade war. Mr. Trump said the “substantial” agreement would involve China buying $40 billion to $50 billion worth of American agricultural products annually, along with guidelines on how it manages its currency, the renminbi.

It would also strengthen Chinese protections for American intellectual property and give financial services companies more access to China’s market, the president said. Subscribe to With Interest

In exchange, the United States will not move ahead next week with plans to raise tariffs on $250 billion worth of Chinese goods to 30 percent. The president has not made a final decision on whether to impose an additional round of tariffs on Dec. 15, as he has threatened.

The announcement is a sharp turn from Mr. Trump’s posture several weeks ago, when the president — angry over China’s retaliatory tariffs — demanded that American companies stop doing business with China and threatened to tax every toy, shoe and computer from Beijing before the year’s end. The escalation has rattled investors, lawmakers and businesses, which have begun delaying investment and hiring amid continuing uncertainty about the trade war’s trajectory.

The economic pain appears to have softened Mr. Trump’s appetite for a fight. On Friday, the president said the two sides would now work on a deal in phases, a reversal from his previous position that he was looking for a “complete” China deal, not an interim agreement.

“It’s such a big deal that doing it in sections, in phases, is really better,” Mr. Trump said during a White House meeting with Liu He, China’s vice premier. “So you’ll either have two phases or three phases.”

The first phase could be signed when Mr. Trump appears alongside Xi Jinping, his Chinese counterpart, at a meeting of global leaders in Santiago, Chile, in November. The next phase would begin soon after, Mr. Trump said.

Despite the announcement, the deal has not been completed, and Steven Mnuchin, the Treasury secretary, said that more work remained, including on the agreements related to currency and access for American financial companies.

“We have a fundamental agreement on the key issues,” he said. “But there is a significant amount of work to do.”

The deal is far from the type of comprehensive agreement Mr. Trump has been pushing for, and it leaves some of the administration’s biggest concerns about China’s economic practices unresolved. Although exact terms are still under discussion, the details the president announced include some of the concessions that China has previously floated, including purchases of agricultural products and limits on Beijing devaluing its currency to gain a competitive advantage.

Still, the agreement, which came during the 13th round of negotiations, will help to defuse trade tensions that have begun inflicting pain on the global economy and bolster business across the Pacific. In his quest to force China to acquiesce to America’s terms, Mr. Trump has already taxed $360 billion worth of Chinese products and had penciled in another round of tariffs on Dec. 15.

Stock and commodity prices climbed on Friday as investors anticipated a resolution to the trade spat.

Crude oil prices rose, as did prices for key industrial metals such as copper and iron ore, often looked to as a barometer of the outlook for China’s large industrial economy.

Stocks of companies with heavy exposure to China soared. Shares of Deere & Company rose 1.9 percent, while Apple gained 2.7 percent and Wynn Resorts, which generates the bulk of its revenue from casinos in China, surged 6.3 percent. An index of semiconductor companies, which depend on Asian supply chains, gained 2.3 percent.

Business groups expressed relief that the negotiations between the United States and China appeared to be making progress after more than a year of sputtering, yet they acknowledged that the agreement fell short of the sweeping deal that Mr. Trump had promised.

John Neuffer, the president of the Semiconductor Industry Association, said the deal was “welcome news” for his industry that would give “both sides a chance to get back to the negotiating table to strike a more comprehensive deal.”

The initial reaction among Republican lawmakers was cautiously optimistic. Senator Charles E. Grassley of Iowa, the Republican chairman of the Finance Committee, said that any progress was good news, but that Mr. Trump must reach a more substantial deal for the pain of the trade war to have been worthwhile.

“After so much has been sacrificed, Americans will settle for nothing less than a full, enforceable and fair deal with China,” Mr. Grassley said. “I look forward to learning more details in the coming days.”

Trade experts in China were quick to welcome the deal as a breakthrough.

“It the first time since the start of the trade war that negotiators have reached some solid result,” said Cui Fan, a prominent professor of trade policy at the University of International Business and Economics in Beijing.

Mr. Trump’s defenders say China’s concessions will generate positive momentum for future talks and result in more business for farmers and manufacturers as they continue to press Beijing for a broader pact to correct longstanding economic abuses. Critics say that the move will go only part way toward resolving a crisis of the president’s own making, and that the trade war will continue to slow the global economy.

“Behind the hype, this is nothing more than a partial and ostensibly unsustainable deal lacking in real enforcement mechanism,” said Gregory Daco, the chief United States economist at Oxford Economics. “For businesses, this will mean less damage, not greater certainty.”

The interim agreement also does not resolve some of the thorniest issues between the two countries, including whether the United States will continue to label China a currency manipulator and whether it will keep Huawei, the Chinese telecom giant, on a government blacklist.

In August, the Treasury Department formally designated China a currency manipulator for the first time since 1994, at the direction of Mr. Trump. The largely symbolic move came amid frustration among American officials that China was counteracting the president’s tariffs by devaluing the renminbi.

Mr. Mnuchin said that the United States would decide whether to rescind the designation in a future phase of negotiations.

And Robert Lighthizer, Mr. Trump’s top trade negotiator, said the deal did not resolve the fate of Huawei, which is banned from buying American products — much to China’s dismay.

“In this agreement we’re not dealing specifically with Huawei,” he said. “It’s not part of this agreement. That’s a separate process.”

Mr. Trump and his advisers also did not mention any progress in areas that the American business community has identified as critical to its ability to compete with Chinese companies — including China’s subsidization of industries, the role of the government in the economy and the country’s restrictions on transfers of data across its borders.

“Our hope and our aspiration is that they get to those harder issues,” said Myron Brilliant, the head of international affairs at the U.S. Chamber of Commerce. Still, he added that the steps taken this week might create positive momentum toward addressing those issues.

“We’ve had nothing but bad news since May in the U.S.-China relationship,” Mr. Brilliant said. “And now we seemed to have put a halt to a further escalation of tensions, and that’s a step in the right direction.”

Mr. Lighthizer said that the deal would require China to make structural changes to how it screened food imports and approved new genetically modified products that would allow more American farm goods to flow there.

“It will be much easier now for American farmers to be able to ship to China,” he said. “And we’ve made some changes on our side too that will help the Chinese.”

The agreement came after Chinese officials shifted their position on the trade talks over the past month, moving from an insistence on a complete removal of American tariffs to a willingness to accept a partial deal that would leave many of those tariffs in place.

One important factor in China’s shifting stance involved a severe yet unexpected problem: a genuine need for food imports from the United States. African swine fever has killed an estimated two fifths of China’s pig herd over the past year, producing a sharp increase in pork prices.

The need for increased food imports from the United States persuaded the Chinese that both sides could benefit from a partial deal even if it did not involve complete elimination of Mr. Trump’s new tariffs, a person familiar with the talks said.

Mr. Trump acknowledged that tensions with China had spiraled as a result of the trade war but said that relations between the two countries were now “a love fest.”

“Talk was getting tough,” the president said, adding that both sides had “planes” and “ships” and that “stupid things can happen.”