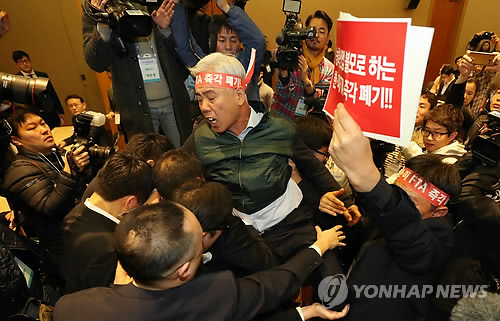 US President Donald Trump said Wednesday that a revised trade deal between the US and South Korea may be signed later this month on the sidelines of the UN General Assembly.

Speaking at a Cabinet meeting at the White House, Trump said that the signing could take place during the UN conference in a couple of weeks, adding the deal with South Korea has been done for about two months.

Trump said that the two sides would do a ceremonial signing over the next very short period of time.

The White House said the previous day that President Trump and President Moon Jae-in have agreed to meet later this month on the sidelines of the UN General Assembly in New York.