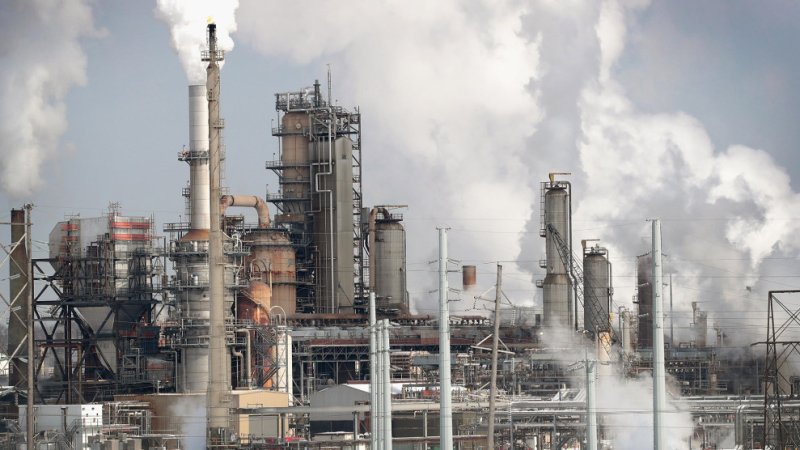 Trump’s new trade deal is disastrous for the planet

Michael Brune is executive director of the Sierra Club

During the Democratic debate last month, Senator Bernie Sanders was explaining his opposition to the United States-Mexico-Canada Agreement, Trump’s climate-destabilizing NAFTA reboot, when he was cut off by a moderator. "We’re going to get to climate change, but I’d like to stay on trade," she said.

"They are the same," Sanders shot back.

Sanders is right. Trade deals can encourage corporations to export both jobs and pollution. They can weaken climate policies and encourage the extraction of more fossil fuels — exacerbating climate change. Or they can be written to address humanity’s most urgent threat.

As a number of leading members of Congress and virtually every major environmental group have made clear, Trump’s USMCA opts for ignoring the health of the planet. Despite these warnings, Trump signed his pro-polluter trade deal last week. The deal’s chapter on the environment fails to even mention "climate change." Nor does it include meaningful standards to prevent corporations from dumping toxic pollution in border communities. Instead, the deal makes it easier for polluters to overheat our planet — which can lead to more extreme weather, more lost homes, more lost harvests and more lost lives.

Trade deals like the original NAFTA have helped make the United States the world’s largest outsourcer of carbon pollution. Thanks to NAFTA, the United States now imports goods like electronics from Mexico that were once made here with substantially fewer greenhouse gas emissions. Because the USMCA fails to include binding climate pollution standards that would apply across borders, companies will simply continue outsourcing pollution to wherever environmental standards are lowest. For US workers, that means lost jobs. For our communities, it means more climate crisis. Whether the emissions are released in Oaxaca or Ohio, they still help cook the planet.

USMCA also offers giveaways to fossil fuel corporations — including new handouts that were not included in NAFTA. The updated deal makes it cheaper for corporations to export ultra-polluting Canadian tar sands oil through dangerous cross-border pipelines like Keystone XL. The deal curtails a private legal system (known as "ISDS" or "investor-state dispute settlement") for most industries — but allows US oil and gas companies to sue Mexico over policies that might inhibit offshore drilling or fracking.

As if all that weren’t bad enough, this deal goes further than NAFTA by giving corporations even more power to challenge democratically enacted environmental safeguards. That will only make it harder to reverse the Trump administration’s deregulatory spree, with disastrous consequences for our air, water and climate. Even after Trump leaves office, USMCA will make it harder for a future president to implement essential new environmental policies like a Green New Deal.

We can — and must — do better. Trump’s USMCA cannot be the template. We need a new trade model for the 2020s that addresses our most pressing challenges. It must include binding climate standards and reinforce the Paris Agreement so that corporations can no longer shift their emissions from one country to another in a race to the bottom. It must replace incentives to produce fossil fuels with incentives to expand local clean energy jobs. And it must eliminate USMCA’s special tribunals and forums for corporate polluters to challenge hard-won climate protections.

Opportunities to renegotiate trade agreements are rare and precious. It is deeply disappointing that the opportunity to renegotiate NAFTA — 26 years in the making — has been squandered on a climate-denying deal from President Trump. But this cannot be the end of the story. We cannot afford a trade deal that yokes us to Trump’s polluting legacy and the fossil fuel past. What we do during the next decade will determine whether we are locked in to a future of rising sea levels, mass climate migration and catastrophic floods, storms and droughts. We urge members of Congress to launch a new generation of trade agreements — deals with other countries in addition to USMCA — in which people and the planet come first and corporate profits are an afterthought.