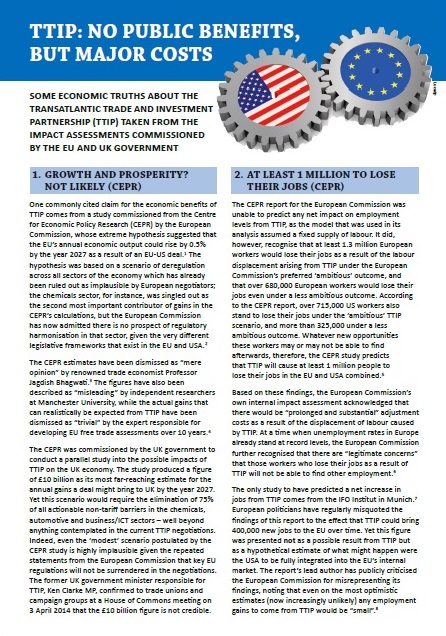 War on Want together with major UK trade unions and other campaigns groups has released figures showing that the Transatlantic Trade and Investment Partnership (TTIP) currently under negotiation between the EU and USA will cost at least one million jobs if it is negotiated to its conclusion. The calculation, taken from an official impact assessment commissioned by the EU, is just one element in a ’TTIP mythbuster’ (attached here) which is being sent to British MPs and MEPs to counter the misinformation that has been put out by the UK government and European Commission to date.

For further background on TTIP and the threat it poses to jobs, public services and democracy, see War on Want’s comprehensive booklet on the negotiations here.