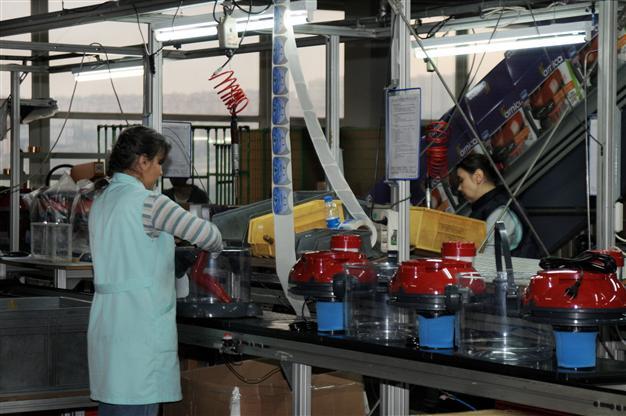 A groundbreaking pan-African trade pact will open new doors for Turkish investors on the continent, according to business leaders working to forge stronger trade ties.

The FTA will enable Turkish investors active in Africa to get a bigger slice of the market and make them more competitive, he said.

"Turkish business circles have to form their strategies and should decide what to manufacture or export to Africa," Salim said.

More production facilities will move to Africa from Asian countries such as China and Japan.

"They will utilize the FTA. So Turkey should better study Africa," he said.

Salim said the share of intra-African trade is lower than other country groups — Asian and Latin American countries. He blames weak infrastructure and "most importantly" trade barriers.

He underlined the FTA would especially be beneficial for the most developed countries in Africa such as South Africa, Nigeria, Morocco and Algeria.

"As they have much better financial positions and infrastructure. Thereby they produce more goods and export them," Salim said.

He added the deal is expected to be fully implemented by 2030 and the structure will be complemented within four years.

"When Turkish investors, with their experience and know-how, launch business in an African country, will take the advantage of selling goods they produce in the continent without tariffs," Taskin said.

Investors active in Africa will be more advantageous than new comers, he said.

"For example Turkish household appliances firm Beko manufacturing in South Africa will have a chance of a lifetime with selling whole continent without tariff while it was only valid for the southern part of Africa," Taskin added.

The AfCFTA that came into force Thursday will progressively remove tariffs on intra-African trade.

The deal will make Africa the largest free trade zone in terms of the number of countries involved.

The agreement is expected to boost intra-Africa trade by 53% once its implemented, according to the African Union.

The decision to form a continental free trade area in Africa was adopted in January 2012 during the 18th Ordinary Session of the Assembly of Heads of State and Government of the AU while AfCFTA negotiations were officially launched by the AU in 2015.