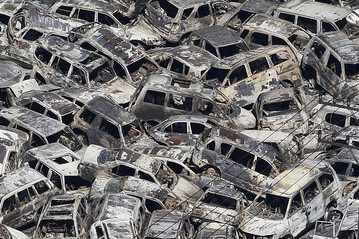 Canada and Mexico are joining forces to try and break a major logjam over Japanese autos at the Trans-Pacific Partnership talks, working to come up with a solution that preserves their respective vehicle assemblers and parts makers should a deal open North America to greater Asian imports.

Ottawa and Mexico City have been drawn deeply into a contentious issue at the Pacific Rim talks that held up a deal in Hawaii last week: How much of an automobile must be manufactured within the 12 participating countries to avoid hefty import tariffs inside this proposed trade zone.

A source familiar with the negotiations said Canadian negotiators showed up at the Maui talks to find that the United States had already cut a deal with Japan on how much vehicle content needs to come from Trans-Pacific Partnership (TPP) countries.

The Japanese are keen to draw on their existing Asian parts suppliers outside the new trade zone as much as possible.

“Canada and Mexico both voiced their displeasure with being excluded from [these] discussions,” the source said.

Japan originally sought a content rule that allowed as little as 30 per cent of a vehicle to come from TPP nations, publication Inside U.S. Trade has reported, and the U.S. had wanted a higher bar of 55 per cent before compromising at a lower rate.

The biggest problem for Canada, however, was proposed exemptions within the formula that Washington hammered out with Tokyo – one that would have granted Japan the right to use some parts that contained even less content from Trans-Pacific countries,” a source close to the talks said.

“The makeup of the rules of origin would have had certain exemptions which would have hurt the Canadian supply chain,” the source said, referring to parts makers in Canada that sell into the North American market. For instance, if a part exempted from content rules was also one that was made in Canada, it would mean Japan could import lower-priced parts from outside the TPP region, such as Thailand, at the expense of Canadian suppliers.

Canada is, in fact, at the centre of both major obstacles to a TPP deal that were cited by negotiators last Friday: the future of auto and dairy trade. The Canadian government has so far balked at significantly opening its sheltered dairy market to greater foreign imports; the U.S. is seeking new customers for its milk as it anticipates a deal would mean more New Zealand shipments aimed at American consumers.

For its part, the Japanese government was surprised to learn in Hawaii that Canada and Mexico, the U.S.’s NAFTA partners, had not been consulted on the auto-content deal brokered between Tokyo and Washington.

“Japan was understandably caught off guard that a matter they felt they’d finalized with the Americans had not been vetted or endorsed by all three NAFTA partners,” the source said.

After balking at the Japan-U.S. proposal on autos in Hawaii, Canada and Mexico are now working jointly on an alternative.

Canadian negotiators met with their Japanese counterparts after talks ended on Maui without a deal last Friday, the source said.

“Canadian officials have made it clear to the U.S. and Japan that the Trans-Pacific outcome on autos must protect and respect the integrated structure of the [North American] industry, to ensure the interests of Canadian auto makers and parts makers are well served.”

Now, the Mexicans and Canadians are preparing their own suggestion for vehicle-content rules.

“Mexico and Canada have to bring a proposal to the Japanese … We have to come forth with counterproposals that will be acceptable to all four of us,” the source said, referring to Canada, the U.S., Japan and Mexico.

Japanese negotiators were ultimately upset with Washington over how it handled the auto-content talks at the Trans-Pacific negotiations, the source said. Japan had feared the content rules it sought were “not conditions Canada and Mexico would accept … but the U.S. had played it down.”

Canada is fighting at Pacific Rim-area trade talks to maintain its privileged commercial relationship with the United States at the same time as it girds itself for a new agreement that would grant 10 other countries even better access to U.S. markets than the North American free-trade agreement. Ottawa is working to preserve a special trading arrangement that has reaped big dividends for businesses and workers over the decades as the two countries build everything from autos to airplanes together.

Canada is the ninth largest vehicle producer in the world and its auto sector is the largest manufacturing employer in this country. The industry, including parts manufacturers, directly supports more than 550,000 jobs across Canada, the Canadian Vehicle Manufacturers’ Association says.