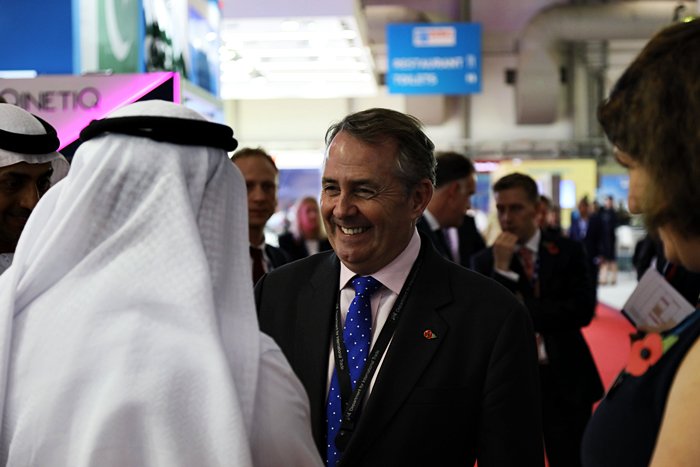 DUBAI, 10th February, 2019 (WAM) — Rt Hon Liam Fox, UK Secretary of State for International Trade, has said that the UK enjoys strong trading relations with GCC countries and is looking forward to have a free trade agreement with the bloc in the right time.

He also said that the World Government Summit is very indicative of the UAE getting increasingly outward looking.

"It is yet a new enforcement use of the Papal visit which I think has sent a very strong message about tolerance. And this Summit comes to send a very good message about governance and the importance of good governance," Rt Hon Liam Fox told the Emirates News Agency, WAM, on the sidelines of the 7th World Government Summit, which started earlier today in Dubai.

Fox underlined the central importance the UK is paying to its relations with the UAE in particular and the GCC region in general, particularly after Brexit, refuting all claims that the Brexit may have a negative impact on the investment environment in Britain.

"Notwithstanding the political issues surrounding Brexit, last year we have a 20 percent increase in FDI only behind China and US and ahead of any other EU country. This is because our fundamentals are very strong and we have the highest level of employment we have ever had. There is a lot of confidence in the UK economy and we are going to continue to find more partners around the world," the minister said.

Fox noted that UAE is a key partner for UK. "We need to have a deeper strategic relationship. It should not only be about selling and buying but about being partners.

He added that there is a room for further improvement in relations in areas like services, manufacturing, Fintech.

On the global scene, the minister attributed that current downgraded global growth rates to the economic slowdown in China.

"Chinese imports fell by 8 percent in the last quarter, which has had a big impact on the exports of other world countries like Germany for example. The trade tension between China and US has a big impact. We need to improve the trading environment Global economy is facing headwinds this year that it did not face last year. In a very inter-dependent economy, one shock in one part is going to affect other parts of the world."