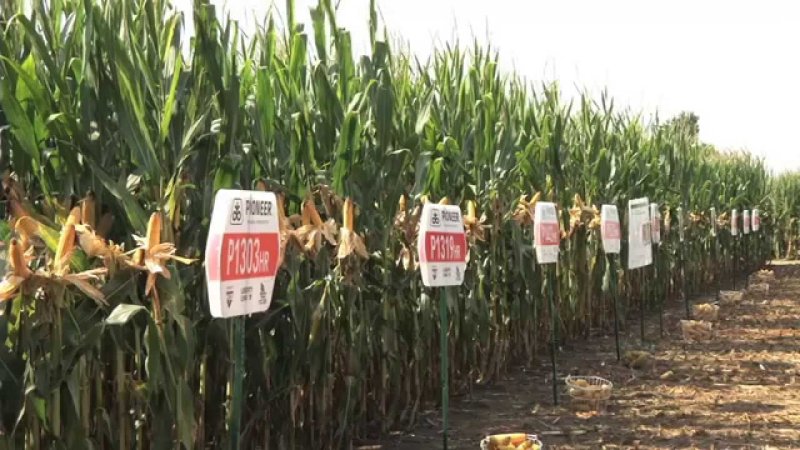 The question of whether the UK will open its doors to GMOs after Brexit has become more pertinent after EU Brexit negotiator Michel Barnier told MEPs on Tuesday (26 November) that in order to secure a trade agreement, the UK would have to agree to maintain a ‘level playing field’ and not undercut EU regulation.

Barnier said that if a new UK government sought to diverge from EU regulatory standards that would weaken environmental standards there will never be a free trade agreement, MEPs at a meeting in the European Parliament revealed.

The discussion over science-based policymaking in the EU, in general, has been heating up in recent years, with genetically modified organisms (GMOs) front and centre of the debate.

Concerns have been raised particularly regarding the unknown impact of the release of GMOs into the environment and the food system, with critics citing a lack of adequate and sufficient risk assessment.

In July 2018, the European Court of Justice (ECJ) ruled that organisms obtained by new mutagenesis plant breeding techniques should, in principle, fall under the GMO Directive.

This ruling is one in a long line of resolutions against approvals of the use and import of GMOs that the EU has adopted in recent years.

However, there could soon be a shift of thinking about GM crops in the UK, with Prime Minister Boris Johnson pledging to “liberate” the UK’s bioscience sector from the EU’s anti-GM regulation post-Brexit.

Opening Britain’s doors to GMOs has also been suggested as key to allowing the UK to draw up a quick trade agreement with the United States.

Speaking at a recent plant breeding conference in Brussels, Dr Thorben Sprink from the Julius Kühn-Institute in Germany said he thought the UK would “make the most” of the opportunity Brexit presented for the country to reject Europe’s “very tight regulation” and encourage more GMO research.

At the event, Secretary-General of Euroseeds Garlich Von Essen said that neither breeders nor farmers want to be in the “second league” and that Brexit would allow the UK to implement “science-based regulation”.

Liz O’Neill, director of GM Freeze, a UK non-profit organisation which campaigns against GM, told EURACTIV that GM regulations have already been identified as a non-tariff barrier to trade, citing that Donald Trump signed an Executive Order in June, aiming to force the UK (and the EU) to open the door to GM crops from the US.

She said that there will undoubtedly be pressure on the UK to accept GMOs, and that Brexit has the potential to “change everything with food and farming and open the floodgates to unregulated GMOs”.

UK National farmers union (NFU) chief science and regulatory affairs adviser, Dr Helen Ferrier, told EURACTIV that biotechnology and GMOs “have the potential to offer multiple benefits to the public, farmers and the environment, and could help tackle some intractable issues in the production and consumption of food”.

She said “there may be opportunities to look at different regulatory approaches after Brexit to the way technologies are developed and used.

The potential impact on trade with key partners, whether the EU or the US, needs to be kept in mind, as well as the need for access to the full toolbox of innovations to help find solutions to major challenges such as climate change and diet-related illness.“

However, she highlighted that the use of biotechnology “must be regulated using sound science in terms of its environmental and health impact”.

The UK department for environment, food and rural affairs (DEFRA) said they were unable to comment on future policy decisions during the pre-election period.

However, NGOs and anti-GM campaign groups say that public support for GM remains low in the UK.

O’Neill told EURACTIV that “the UK public consistently rejects the use of GM in food and farming, both in polls and at the checkout” and that they “simply do not sell”.

In April 2018, an IPPR poll found that only 8% of the public thought the UK should lower food safety standards to secure a trade deal with the US, with 82% preferring to keep standards as they are.

O’Neill said that UK politicians will, therefore, have a “very hard time” persuading the electorate that a “US trade deal is more important than the high food standards they consistently support”.