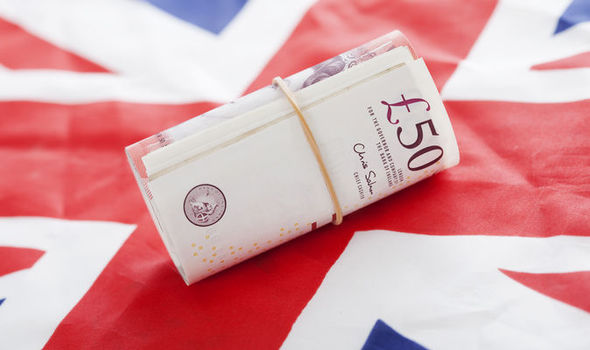 The U.K.’s foreign secretary landed in Australia on Thursday as part of a four-nation swing through the Asia-Pacific region to push for "ambitious" trade deals, but translating the government’s post-Brexit swagger into concrete deals may be a long and bumpy process.

"Now is the time to put Global Britain into action. The Asia-Pacific region is full of opportunities and our message is that the U.K. is open for business and a great place to invest," Dominic Raab said ahead of the trip that also includes Japan, Singapore and Malaysia.

The U.K.’s immediate concern is getting a favorable trade deal with the European Union by the end of this year — the deadline for the current transition period — and an agreement with the U.S. But London is also targeting the Asia-Pacific, as well as Anglosphere partners such as Australia, New Zealand and Canada.

In his first speech since Britain’s divorce from the EU, Prime Minister Boris Johnson confidently laid out his foreign ambitions.

"We will reach out to the rest of the Commonwealth... We will engage with Japan and the other Trans-Pacific agreement countries, with old friends and partners Australia, New Zealand, Canada," Johnson said in London on Monday.

However, the level of ambition is unlikely to be matched by quick results in the diverse Asia-Pacific region. Experts say technical issues and demands from Asian governments could hamstring Johnson’s vision.

"[With comprehensive FTAs] the focus is shifting more to non-tariff barriers. This is where the problem is. Until the U.K. can sort out the regulatory divergence or regulatory alignment with the EU, nobody can talk about this non-tariff issue," said Minako Morita-Jaeger, a fellow at the U.K. Trade Policy Observatory at the University of Sussex in England. 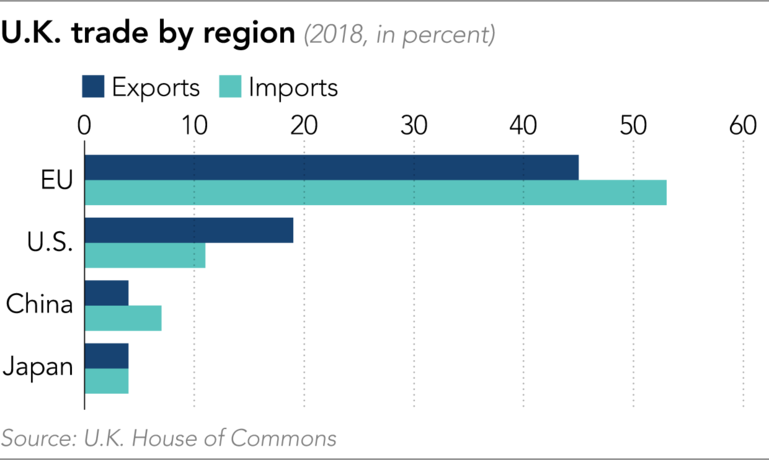 After the end of the transition period, the U.K. will no longer be party to EU-wide trade agreements with third countries such as Japan, South Korea, and Singapore. Seoul has agreed with London to continue trade under the terms of the EU-South Korea FTA, but no such arrangement is in place for Britain with Tokyo or Singapore.

Natalie Black, the U.K.’s trade commissioner for the Asia-Pacific region, said Britain does more than 113.2 billion pounds ($147.4 billion) of annual trade across the regions, excluding China. "The Asia-Pacific region will be an engine of global growth in the next decade and is key to the U.K.’s future ambitions," she told the Nikkei Asian Review.

While China is the U.K.’s biggest trading partner in Asia, it is unlikely to be an early partner for a free trade agreement.

The U.K.’s immediate priority in Asia is likely to be Japan, with which Britain currently trades under the EU-Japan Economic Partnership Agreement that came into effect a year ago. The U.K. government intends to conclude a new EPA with Japan by the end of this year, according to a person familiar with the matter.

Japanese Foreign Minister Toshimitsu Motegi said in a Feb. 1 statement that Tokyo and London would "work promptly" to "establish a new economic partnership between the two countries based on the Japan-EU Economic Partnership Agreement."

Singapore has also expressed a desire for continuity, with the Ministry of Trade and Industry stating] "Singapore and the U.K. are also working on an agreement to maintain trade continuity after the transition period ends."

Liam Fox, the U.K. international trade secretary from 2016 to 2019, said that the Comprehensive and Progressive Agreement for Trans-Pacific Partnership, a pan-Pacific trade deal, "makes sense to us, politically, economically and strategically."

"Economically, it takes the world’s fifth biggest economy, the U.K., into that grouping, which shifts the global dynamic, because at the moment, if you look at the total global trade, the EU minus the U.K. is roughly the same as CPTPP plus the U.K.," Fox told Nikkei.

Morita-Jaeger said joining the CPTPP may not be straightforward for Britain.

Japan has been vocal in its support for the U.K. to join, but she pointed that out many countries have been silent so far. Another challenge, she said, may be that the regulatory framework is in direct contrast to the EU-style regulatory system.

"If the U.K. would like to join the CPTPP, they really have to think whether they can agree the regulatory framework and cooperation," she said.

Oliver Turner, a lecturer in International Relations at the University of Edinburgh, said Asia will be a lower priority than the EU and the U.S. over the next 12 months.

The U.K.’s "limited negotiating expertise and resources," Turner said, is likely to mean negotiations with Asia are likely to be dependent on deals with the EU and U.S.

"After that, it depends on what demands come from Asian partners for a deal with the U.K.," he said.

Immigration is likely to be a hot topic, particularly for India, which hopes for relaxed visa rules. This would be at odds with the desire for tighter immigration controls among many Brexit supporters.

The U.K.’s departure from the European bloc means it loses some economic clout, he said, adding that the big economies in Asia see the EU and access to the single market as a bigger priority now than the U.K.