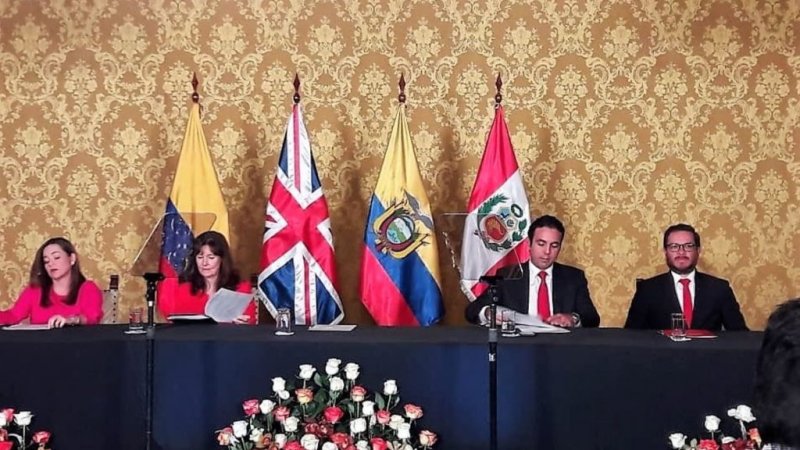 The United Kingdom has today (Wednesday 15 May) signed the UK-Andean Countries Trade Agreement in Quito, Ecuador.

This trade continuity agreement has been agreed in preparation for the UK’s departure from the EU. The agreement will allow businesses to trade as freely as they do now, without any additional barriers or tariffs.

The UK is seeking to provide continuity for existing EU free trade agreements covering around 70 countries that account for around 11% of UK trade.

This agreement will not enter into force while the EU-Andean free trade agreement continues to apply to the UK.