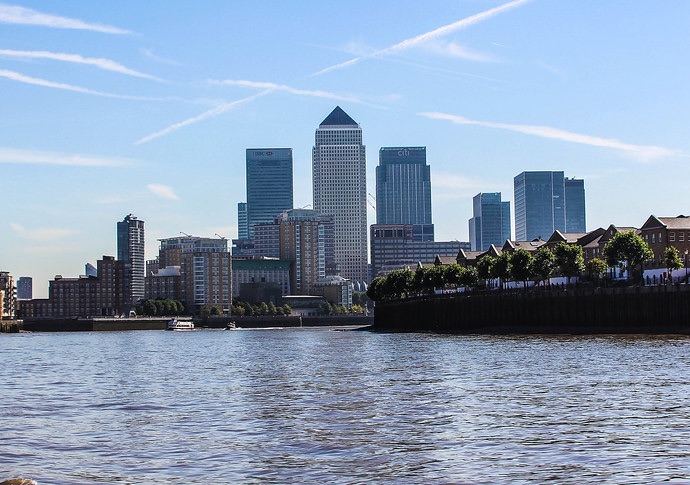 As London pursues negotiations for a trade agreement with the European Union before Brexit at the end of the month, the United Kingdom is also seeking to deepen its relationships in the Asia-Pacific region.

It has signed new continuity trade deals with Singapore and Vietnam, which it hopes will bring it closer to joining the Comprehensive and Progressive Agreement for Trans-Pacific Partnership (CPTPP), which accounted for 13% of global GDP in 2019, rising to 16% if the UK were to join.

The plan, according to a UK government statement, is “to create a network of trade agreements with dynamic economies far beyond Europe, making the UK a hub for services and digital trade. The UK is already one of the world’s biggest exporters of services, with remotely delivered services exports worth 207 billion pounds (US$276 billion) in 2019.”

The country’s International Trade Secretary Liz Truss flew to Singapore on December 10 to sign a free trade agreement with the thriving city-state, and travelled to Vietnam the following day to conclude a similar deal. The existing pacts with the two Southeast Asian countries were also to end on December 31.

“Both these agreements are vital for the UK’s future as an independent trading nation. Not only do they lock in billions of pounds worth of trade, they also pave the way for new digital partnerships and joining the Trans-Pacific Partnership,” Truss said.

Joining CPTPP “will help turn the UK into a global hub for businesses and investors wanting to trade with the rest of the world, which would not have been possible as part of the EU”, according to the UK statement.

Both Singapore and Vietnam are founding members of CPTPP and have publicly shown their support for the UK to join the trade bloc.

During the signing ceremony, Truss and Singapore’s Minister of Trade and Industry Chan Chun Sing also announced their intention to launch negotiations for a ground-breaking Digital Economy Agreement (DEA). This would be the first DEA that Singapore has struck with a European country.

Such an agreement would ”enable the UK to become a hub for digital trade with strong connections to Asia, cutting red tape for UK businesses and setting global standards in key areas such as cyber-security and emerging technology”, according to the UK government statement.

About 70% of UK services exports were delivered remotely to Singapore last year, worth 3.2 billion pounds.

“[The free trade deal] shows that despite nationalist pressures in many countries to pull back from globalization, we continue to promote integration and partnership,” Chan said at the signing ceremony.

In Hanoi, Truss and Vietnam Minister of Industry and Trade Tran Tuan Anh concluded talks to negotiate a new free trade agreement. The deal “will be a further boost to UK-Vietnam bilateral trade, which has tripled between 2010 and 2019 to 5.7 billion pounds”, the UK government said.

Under the existing EU-Vietnam Free Trade Agreement (EVFTA), up to 99% of tariffs will be eliminated in seven years.

The UK has become Vietnam’s third largest European trade partner after Germany and the Netherlands. The Southeast Asian nation sells to the UK textiles, footwear, wood and products from wood, seafood while importing pharmaceuticals, machineries and equipment, among others, according to Vietnam’s Ministry of Industry and Trade.

Like Britain, South Korea under President Moon Jae-in is also considering joining the CPTPP, after China indicated that it will actively consider joining the trade bloc, according to Business Korea.

Both China and South Korea are members of the Regional Comprehensive Economic Partnership (RCEP), which was established in mid-November after eight years of negotiations. Other members are the 10 members of the Association of Southeast Asian Nations, Japan, Australia and New Zealand.

For South Korea, the most notable effect of joining the CPTPP is a free trade deal with Mexico, its 15th largest trading partner, according to the report.