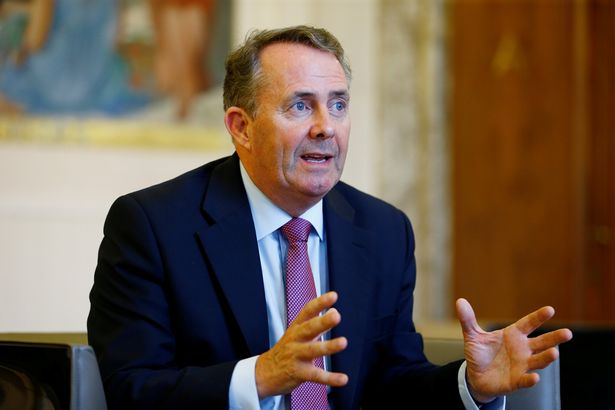 The UK Government is today launching a new ‘trade dialogue’ with emerging markets in South America to strengthen bilateral trade and investment relationships and prepare the ground for potential future free trade agreements post Brexit, building on existing agreements with the EU.

The dialogue will seek to boost our strong trade links with three Andean countries: Colombia, Ecuador and Peru - as the European Commission’s own research has found that, over the next two decades, 90% of global economic growth will occur outside the EU.

Greg Hands announced that the government, through UK Export Finance, will provide up to £4 billion in finance to support UK-Peru trade offering billions of pounds of additional financial support available to UK exporters and buyers of UK goods and services in Peru.

“As we leave the EU, we need to look outwards and be a beacon for free trade by forging independent trading arrangements with growing economies around the world.

“That is why, as an international economic department, we are activating new trade dialogues with emerging markets in Latin America, thereby opening up export opportunities for British businesses”.

“We are setting up these trade dialogues now so that the UK through Brexit will look beyond the boundaries of Europe to build independent trading relationships with the rest of the world.

“The economies of Latin America have already seen steady growth over the years and we stand ready to make the most of the wealth of opportunities and start negotiating as an independent nation when we leave the EU Customs Union”.

The Peruvian Minister for Trade and Tourism, Eduardo Ferreyros, said:

“Minister Hands’ visit to Peru marks the beginning of what will be a very fruitful dialogue in order to ensure continuity in our preferential trade relationship. The UK is a very important partner for Peru in Europe, and we look forward to boosting our trade and investment ties as new opportunities arise for our businesses”.

Total trade in goods and services between UK and all South American countries totalled £12.4bn in 2015. The UK’s biggest exports to the region include spirits, cars and medical equipment, with the biggest imports including coffee, nuts and fruit.

International Trade Secretary Liam Fox visited Colombia last month, during which he met Trade Minister María Lorena Gutiérrez and announced that support available from UK Export Finance for trade with the country is doubling to £4.5 billion.