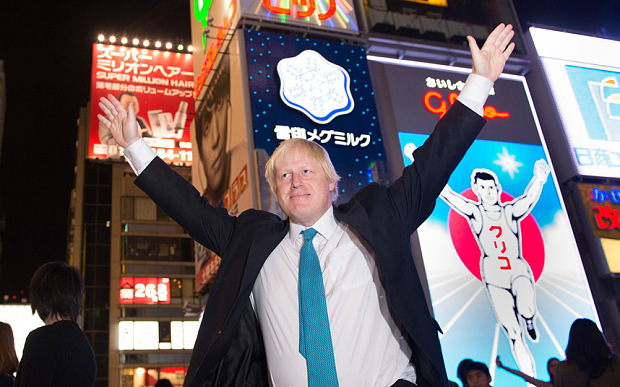 UK to start trade talks with Japan, with US and EU talks ongoing

Not content with launching trade deal negotiations with the United States and the European Union simultaneously, the United Kingdom has on Tuesday evening published its negotiating objectives for a free trade agreement with Japan.

Talks are to begin shortly, said the UK’s Department for International Trade (DIT).

London’s trade negotiators are scouring the globe for deals in the wake of the country’s withdrawal from the EU - the world’s largest trading bloc.

"Japan is one of our largest trading partners and a new trade deal will help to increase trade, boost investment and create more jobs following the economic challenges caused by coronavirus," International Trade Secretary Liz Truss said in a statement emailed to Al Jazeera.

"Both sides are committed to an ambitious timeline to secure a deal that goes even further than the existing [EU-Japan] agreement, especially in digital and data," added Truss.

"Negotiations with Japan are an important step in CPTPP accession, a key UK priority, which will help us diversify our trade and grow the economy."

The UK government will set out its negotiating objectives for Australia and New Zealand shortly, with the aim of having 80 percent of total UK external trade with countries covered by free trade agreements by 2022, said the DIT.

"So in addition to wanting to complete trade agreements with two of the three largest global trade powers [the US and EU] in the next year or so, we’re also going to start talks with the fourth largest," trade expert David Henig, the UK director of the European Centre For International Political Economy, told Al Jazeera.

"You can’t fault the ambition, but such a programme before we’ve taken time to consider what we want looks reckless. The risk is that by the time we know what we really want from trade agreements, we’ll have given away the access to our own market which we could have traded."

London has vowed that the National Health Service would not be up for negotiation, and wants the deal to be based on the current EU-Japan trading agreement - but it might not be that simple.

"As Japan is an existing EU Free Trade Agreement, and they don’t want to directly roll over the agreement, it makes sense to open talks," added Henig. "The cumulative effect of all of the talks is the major concern."

There are around 8,000 small and medium-sized British businesses currently exporting to Japan, said the DIT.

"It’s an ambitious timeline, but not an impossible one," former diplomat and trade negotiator Dmitry Grozoubinski told Al Jazeera.

"As with all trade negotiation timetables, the major obstacles are likely to be political," Grozoubinski said. "The more the UK concedes and the less it seeks in areas of sensitivity for its partners, the more likely it will be swiftly concluding its various deals."