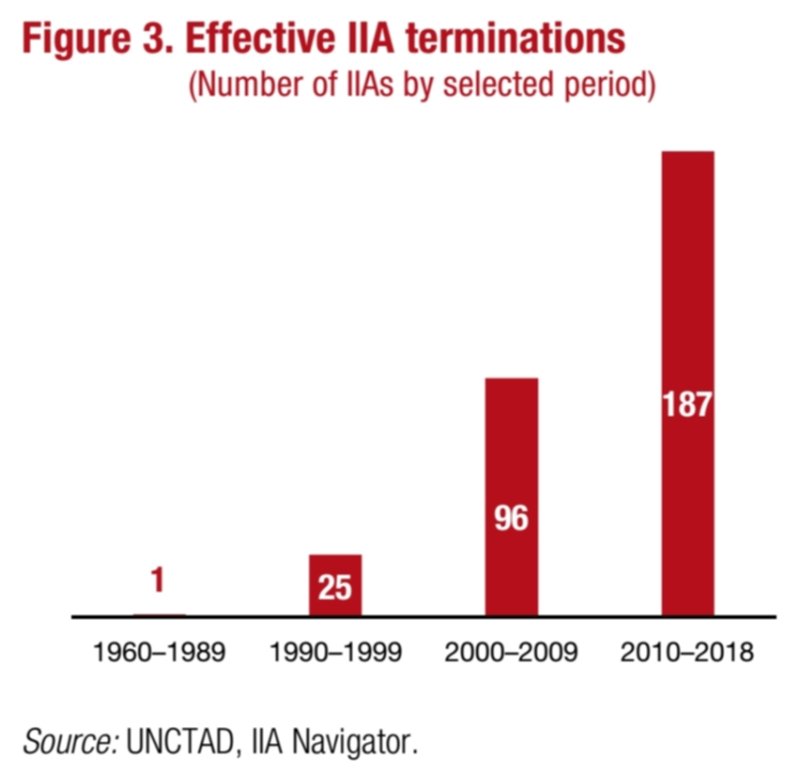 June 12, 2019: A new study of trade and investment deals concluded in 2018 by the United Nations Conference on Trade and Development (UNCTAD) shows that most have either omitted ISDS altogether or severely limited its scope. This reflects growing concerns about ISDS cases based on older treaties that have no provisions to prevent or limit foreign investors from suing governments over health, environment and other public interest laws. UNCTAD is currently conducting a review of ISDS based on such concerns which has prompted sharp debate.

The study reveals that, of 40 new trade and investment deals, 6 omitted or opted out of ISDS altogether, and 19 severely limited the scope of ISDS, by requiring foreign investors to exhaust local court remedies before using ISDS, and/or by excluding treaty provision and policy areas from ISDS.

However, 90% of the 3000 existing agreements with ISDS are still based on older treaties with no limitations, and the majority of ISDS cases are based on these.

The Australian government has been criticised for failing to cancel its old investment agreement with Indonesia while claiming credit improved public interest ‘safeguards’ for ISDS in its recent Indonesian trade deal. These are meaningless because corporations can simply use the old agreement.