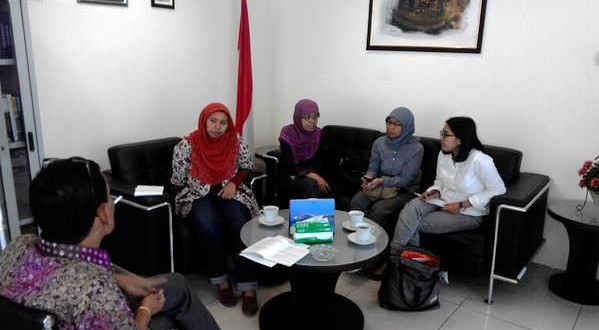 Jakarta, February 18th, 2015. Indonesia for Global Justice (IGJ) together with Indonesian civil society networks met with the Director of Bilateral Cooperation of Investment Coordinating Board (BKPM), Fritz Horas Silalahi, in Jakarta. The topic was review of Indonesia Bilateral Investment Treaties (BITS). This is a follow up of the government’s decision to review all BITs that have been signed by the Indonesia so far.

This decision proposed by the Government of Indonesia in March 2014, which coincided with the decision to terminated the BITs between Indonesia and the Netherlands. In October 2014, the Indonesian government has formed a team coordinated by BKPM and involves all ministries.

Within three months, BKPM has conducted mapping and comparison of the model treaty issues, especially to countries that are currently also in the process of conducting a review such as India and South Africa. In the future, the latest model of BITs will become the template for investment agreements discussed by both governments either it is bilateral, regional or multilateral.

In these discussions, BKPM deliver some crucial point that must be focussing by the government in the review process. In its formulation, the Government will continue to refer to the Investment Law No.25 / 2007. This law considered have legalized the standard of investment protection in the national level.

Second, Mailbox Company. This term refered to the practices that are often used by corporations to get benefit from the facilities provided by the State. Although the physic of corporation does not exist and only recorded in a mailing address. Newmont is one example of a company that takes advantages by using address in the Netherlands but physically never existed. So Newmont utilize the facility to sue the government of Indonesia to ICSID by using BITs between Indonesia and Netherlands. To limit this practice, the Government of Indonesia has formulated a clause which requires that corporations or investors should have a record of physical operations in the country of origin of at least 10 years.

Third, related to the fair and equitable treatment, especially that concerning the principle of nondiscrimination in the principles of Most Favoured Nation (MFN) and National Treatment. Both of this principle is the minimum standard that is required to be included in the various models of investment agreements. However, in order to protect national interests, restrictions on these general principles will be detailed in the pre-establishment investment strategy.

Fourth, the Sunset Clause. This rule is realized by the government as a clause that does not equal. So the government plans to create a standard application of the sunset clause, which should not be longer than the term of the agreement.

Control Over Coorporations in BITs

During this time, the creation and application of BITs are very unequal. Even more profitable for the corporations than the Host State. Articles that set in BITs arranged in a more focused obligations and put more responsibilities to Host State than the Home State. BITs has no control over the corporation and its business activities. But the corporations can directly sue the State. In fact, BITs is an agreement between State to State, not the State with the corporation. Here is the critical point.

This was revealed by IGJ in response to the rise of agrarian conflict and environmental degradation and deprivation of rights society doing by corporations.

It is very important to include a clause that can control the activity of the corporation in BITs. So that the rights and obligations between the state and the country as well as investors to the country must be equal. In this case, BKPM promises to include one clause that requires the investor have to obey to national legislation in order to control and responsible in Indonesia.

Although it was not enough, BKPM requested that the civil society organizations in Indonesia continues to provide advice to the Government, particularly in relation to the prerequisites for human rights. This is because there are several countries that require human rights records for investors who will invest in one country.