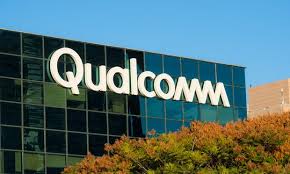 The US government announced Friday it was launching the first dispute with South Korea under the free trade pact between the two countries over how Korea’s competition regulator treats American firms.

The issue stems from US concerns that Seoul is not abiding by the terms of the free trade agreement, known as KORUS, when its dealing with US companies "in competition hearings held by the Korea Fair Trade Commission," the US Trade Representative’s office said.

"Some of these KFTC hearings have denied US parties certain rights, including the opportunity to review and rebut the evidence against them. Denial of this fundamental right undermines their ability to defend themselves," USTR said in a statement.

Washington has been working with South Korea to try to resolve the issue, but the draft legislation to amend the country’s monopoly and fair trade law does not "rectify the problem, address the United States’ concerns, or comply with KORUS obligations."

The formal request for consultations is the only recourse under the terms of the pact, so it is unclear how Washington could force a change in Korean policy.

The KFTC hit US chipmaker Qualcomm with a $850 million fine in December 2016 for abusing its dominant market position and using an "unfair business model."

The KORUS free trade pact entered into force in 2012 and was modified under President Donald Trump.