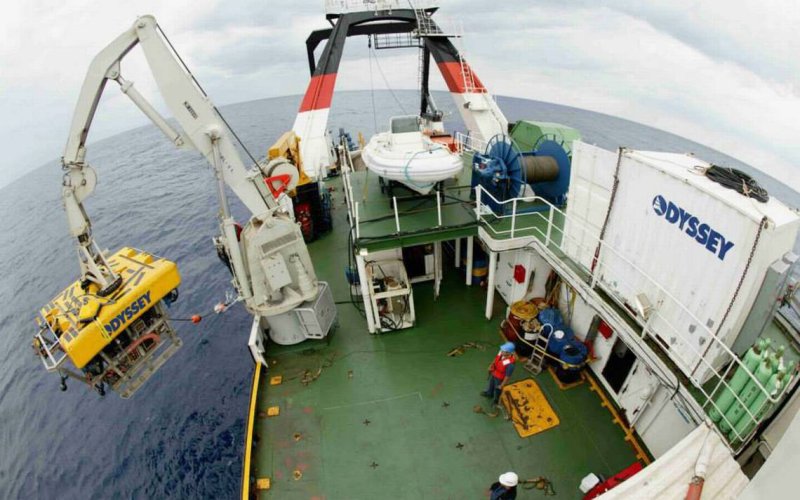 The US Odyssey Marine Exploration, which operates through its Mexican subsidiary Exploraciones Oceánicas, notified its intention to claim compensation from the Mexican government of three thousand 540 million dollars before a binational panel under Chapter XI of the NAFTA.

According to the notification, which was announced by the Ministry of Economy, the company claims the alleged blockade by the Ministry of Environment and Natural Resources (Semarnat), during the management of Rafael Pacchiano, by denying the environmental permit to the project Don Diego in the Gulf of Ulloa, in Baja California Sur, one of the most important phosphate sand deposits in the world.

The submarine mining project presented in 2014 was aimed at dredging a deposit located at a distance of between 20 and 40 kilometers from the coastline, at a depth of 70 to 90 meters.

Before the “blockade” that accuses, the American now proposes to take his case to a panel under the resources established by the North American Free Trade Agreement (NAFTA) in force for the settlement of investor-State disputes.

This, after two years of litigation, last October Semarnat ratified its decision of April 7, 2016 to deny the authorization of environmental impact to the project.

The unit thus fulfilled the order of the Federal Court of Administrative Justice that declared the nullity of the ruling of the Semarnat of 2016 and ordered that it issue a new one, this as part of the trial promoted by Exploraciones Oceánicas.

In its arguments, Semarnat stated that the project represented risks for species in the area such as whales, dolphins, orcas, sea lions, birds and sea turtles.

Following Semarnat’s decision, on 9 January Odyssey notified the Ministry of Economy of its decision to take the case to a binational panel. According to the US company listed on the Nasdaq, it is one of the most important phosphate sand deposits in the world and obtained the concession rights to exploit it for 50 years.ADVERTISING

The field “comprises a proven resource of 588 million tons of phosphorite ore, and a potential of up to one billion tons of ore, which makes it one of the largest in the world and the largest in America (.. .) The banking companies conservatively valued the deposit in three thousand 500 million dollars “.

The company claims to have carried out exploration expeditions that involved the work of topographic, oceanographic and geological teams and technicians to evaluate the area of ​​their investment.

Phosphate is a key and irreplaceable component of fertilizers, and the location of the deposit makes it an attractive source for the Mexican agricultural and fertilizer industry, Odyssey Marine Exploration said.