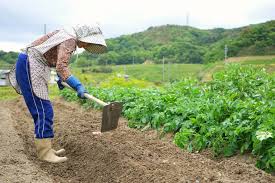 U.S. Trade Representative Robert Lighthizer indicated Tuesday he will prioritize the agriculture sector once the two countries start negotiations for what the United States says will be a bilateral free trade agreement.

"It’ll take a while to get an entire FTA, but my own view has been that we have to take care of the agricultural part of it and some others so it’s balanced at an earlier stage," Lighthizer said at a congressional hearing.

"I think because of the market situation in Japan, we have to move in that direction," he told the Senate Finance Committee.

Lighthizer expressed concern that the recent enforcement of a revised Trans-Pacific Partnership as an 11-member FTA, as well as an FTA between Japan and the European Union, will put American farmers and ranchers at a disadvantage.

Asked by a senator how President Donald Trump’s administration will respond to increased tariff cuts on Australian and Canadian beef exports to Japan in line with the Pacific FTA, Lighthizer said, "We have a real problem."

"The situation is not good now," he said. "It’s going to get bad very quickly."

According to Japanese government data, the nation’s beef imports from Australia, Canada, Mexico and New Zealand — four members of what is formally known as the Comprehensive and Progressive Agreement for Trans-Pacific Partnership — jumped more than 50 percent in January from a year earlier.

The CPTPP came into force on Dec. 30. The Trump administration withdrew the United States from the TPP in 2017, given its preference for bilateral trade deals.

In late February, Lighthizer said Japan and the United States are likely to launch bilateral trade negotiations in March, though some speculate such talks may start in April or May as the United States is currently focused on ongoing trade talks with China.

On Tuesday, the USTR expressed his willingness to start trade talks with the world’s third-largest economy, saying they will be "a very high priority" for him.

Given the dominant economic weight of Japan in the CPTPP, Lighthizer said reaching "a good agreement" with Tokyo would lead to having "essentially the same effect of being in TPP."

"I want to move forward with Japan," he said.

Japan is insisting Tokyo and Washington aim for a trade agreement on goods only, but the United States is pushing for a comprehensive pact that would also cover areas such as services, investment and currency.