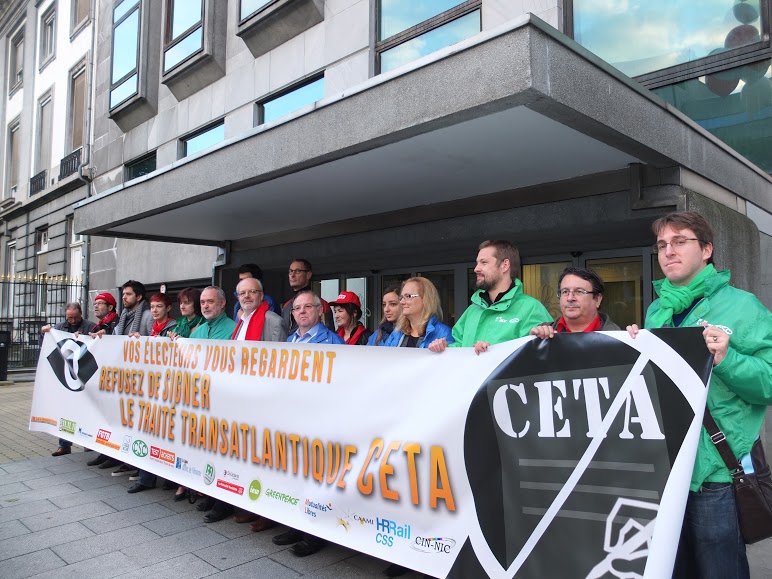 In a move that evokes the image of Asterix’s small Belgian village resisting the all-powerful Roman Empire, the Walloon Parliament voted against ratification of the Canada-Europe Trade Agreement (CETA). The parliament is worried about social and environmental norms and the investor-state arbitration system. The EU had just recently reformed this so-called ISDS mechanism, in which foreign investors can sue governments if they have proof they were discriminated against, into a more transparent and accountable court system, called ICS.

The resolution, adopted 44-22 with nine abstentions, asks the Walloon government not to give permission to the federal government to sign the treaty. “There is excessive liberalization without regulation in CETA,” Hélène Ryckmans, member of the Walloon Parliament for the Green Party Ecolo, told Morning Trade. “We want the federal government to pass on our concerns about CETA to the European Council,” and to also submit the trade deal to the European Court of Justice to check its constitutional conformity.

Opposition lawmakers deplored the voting result. “This is a very unconstructive step,” said Virginie Defrang-Firket of the liberal party Mouvement Réformateur. “They should have opened their mouths during the negotiations, not afterwards. Now they are exploiting people’s fears, while CETA really is a much needed opportunity for Wallonia. The region struggles with its exports and often sends trade missions to Canada. I am afraid this will only lead to incomprehension on the Canadian part.”