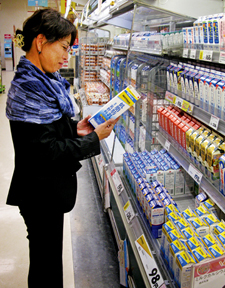 Warning talks on TPP may get ugly

Trans Pacific Partnership (TPP) talks are likely to get "ugly" but New Zealand needed to keep an open mind on what could be achieved through a wider trade agreement, says the New Zealand ambassador to Japan, Mark Sinclair.

He said it was always difficult to "judge from the outside" the processes around the proposed regional free-trade agreement for the Asia Pacific.

Dairy access could be one of the make or break issues.

It would remain a tough negotiation process. Promoting dairy exports into countries like Japan could prove a difficulty for New Zealand within a TPP deal which could involve a dozen countries.

"That should be no surprise given the scale of the interest involved and the size of the bigger players, notably Japan and the United States," Sinclair said.

He was talking to delegates of the Japan-New Zealand Business Council meeting in Christchurch yesterday.

"One point I suppose I would flag, speaking from the perspective of an old trade negotiator, is that things are likely to get more difficult in that (TPP) process before they get better, in particular dairy-related issues between Japan and New Zealand, but also amongst that wider group of the United States, Canada, Japan, New Zealand are likely to end up being one of the make or break issues. I think the process is likely to get quite ugly," Sinclair said.

"(But) this isn’t any ordinary FTA (free trade agreement), we’re talking ultimately about a long-range regional integration process that has the potential to transform economic and commercial relationships in the region."

Personally he was optimistic that "momentum" was ongoing in the TPP process, Sinclair said.

Commentators have already noted difficulties and delays over an agreement that dates back as far as 2005.

Kiwis have voiced concern that trade agreements, such as the TPP, could allow corporations to sue governments of other countries.

Sinclair and other conference attendees also talked of a meeting between Prime Minister John Key and and his Japanese counterpart Shinzo Abe in July.

"It was one in a series of activities and events that signal to me a general lift in interest in the Japan-New Zealand relationship, not least from both political and business communities in Japan," Sinclair said.

Ian Kennedy, chairman of the New Zealand committee of the Japan-New Zealand Business Council, said Japanese investment in New Zealand was "very encouraging". There had been significant global trade growth for both countries. "But since the 1990s that has not translated into growth in bilateral trade," Kennedy said.

"The elephant in the room is the Trans Pacific Partnership agreement."