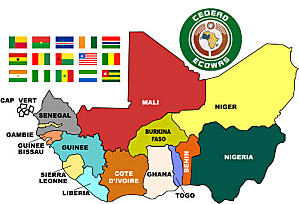 This signing took place in conjunction with the White House’s announcement that major American companies have committed to invest $14 billion in Africa’s future.

"As President Obama’s U.S.-Africa Leaders Summit has illustrated, this is a tremendously exciting and formative time for U.S.-Africa trade relations," Froman said. "Africa is an increasingly critical trading partner for the United States, and the signing of this Trade and Investment Framework Agreement with the 15 countries of the Economic Community of West African States is emblematic of our commitment to strengthening the economic bonds that connect America and the African community. Building on the launch of our campaign yesterday to renew the African Growth and Opportunity Act, the signing of this TIFA demonstrated that the United States welcomes Africa’s rise, and looks forward to ’Investing in the Next Generation’ together as we work toward Africa’s regional integration."

The new TIFA will play an important role in advancing President Obama’s U.S. Strategy toward Sub-Saharan Africa, which calls for more enhanced and focused engagement on trade and investment between the United States and sub-Saharan Africa, according to a USTR press release. The strategy recognizes that trade and investment is a critical engine for broad economic growth.

Of this trade, ECOWAS’ exports to the United States under the African Growth and Opportunity Act totaled $11.0 billion ― up substantially from $5.73 billion in 2001, the first full year of AGOA trade. Those exports included significant growth in non-oil products such as cocoa powder, cocoa paste, apparel, baskets, fruits, nuts, beans, yams, cassava and spices.

source: US Department of State
ECOWAS TIFA US
Subscribe to bilaterals.org weekly