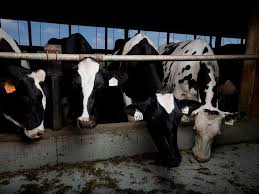 What the TPP means for dairy

With the Federal Parliament expected to ratify Australia’s involvement in a new Trans-Pacific Partnership (TPP) by the end of the year, it is worth having a look at what it means for the dairy industry.

Japan will eliminate a range of tariffs on cheese, covering more than $100 million of trade not covered by the Japanese-Australian Economic Partnership Agreement (JAEPA).

What it means for exports to Japan:

In this context, it was important for Australia that the TPP was agreed because it will help Australia remain competitive with EU product.

Benefits for Australian trade with other signatories include:

The withdrawal of the United States from the TPP last year put the treaty in doubt until Australia and 10 other Pacific Rim nations agreed on a revised deal at a meeting in Chile in March.

Australia and its fellow signatories, including Brunei, New Zealand, Japan, Mexico, Chile, Canada, Peru, Malaysia, Singapore and Vietnam, account for nearly 15 per cent of all global trade and 13 per cent of the world’s gross domestic product.

The agreement will come into force when at least six of the 11 signatory nations have cleared a domestic ratification process.

A Joint Standing Committee of Australia’s Federal Parliament is presently considering public submissions and is expected to make a recommendation on its adoption in coming months.