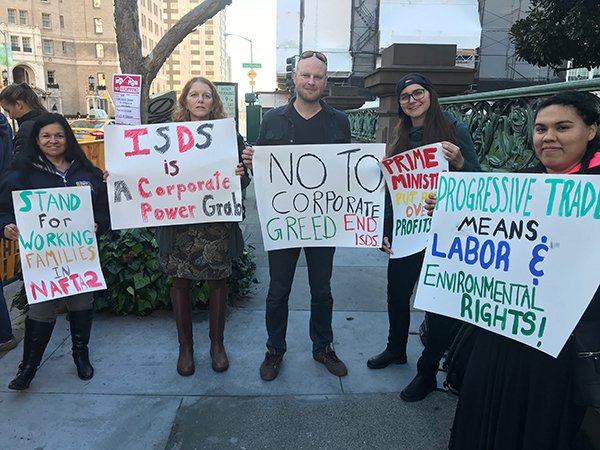 The White House plans to send its replacement for the North American Free Trade Agreement to Congress after Sept. 1, setting up a vote by the end of the year, sources told CNBC.

The White House could submit the bill to Congress as soon as this week to start the approval process. House Democrats are meeting in working groups to hammer out issues with the existing agreement.

But the White House and Office of the U.S. Trade Representative disagree over how aggressive a strategy to pursue in getting the deal through Congress, a senior administration official and two senior GOP aides said.

Despite those differences, the White House and USTR agree the Trump administration could benefit from another month to sell the deal to members of Congress unsure about supporting it.

Both White House camps also worry history could repeat itself. In 2007, House Speaker Nancy Pelosi suspended the “fast-track” timeline indefinitely for the House to vote on a free-trade deal with Colombia, after President George W. Bush sent the agreement to Congress without her blessing. The standoff lasted nearly five years, with the deal passing after it was renegotiated under President Barack Obama.

“At the time, no President had sent an FTA under fast track rules where a speaker was opposed, so we didn’t know how Speaker Pelosi would react,” said Tim Keeler, an attorney at Mayer Brown who was chief of staff to then-U.S. Trade Representative Susan Schwab. “Today, the Trump administration has the benefit of that hindsight.”

On May 30, Lighthizer initiated an early procedural move toward securing a vote, by sending a “Statement of Administrative Action” to legislative leaders. Lighthizer’s letter – despite indicating that he intended to work to make the deal agreeable to Democrats – was not received warmly.

“The Trump Administration’s decision … is not a positive step,” Pelosi responded. “It indicates a lack of knowledge on the part of the Administration on the policy and process to pass a trade agreement.”

Lighthizer’s May letter did not start a countdown clock, but sending the official bill implementing the USMCA would: lawmakers would have 90 working days after receiving it to hold a vote. White House officials, including Mulvaney, Treasury Secretary Steven Mnuchin, National Economic Council director Larry Kudlow and White House economist Kevin Hassett, have dared Pelosi to put the bill on the floor by suggesting the deal already has overwhelming bipartisan support.

“The White House and USTR are working in good faith and constructively with Members of Congress to address concerns some have voiced about the USMCA,” an administration official told CNBC. “We urge Congress to approve USMCA as soon as possible to unlock its benefits for America’s workers, farmers, ranchers, and businesses.”

Privately, senior administration officials suggest there’s some extra breathing room to build support for the deal since the White House and Congress have yet to notch a budget deal. An agreement on the debt ceiling and spending for the 2020 fiscal year must be reached before the end of September.

With expectations for a deal before a six-week recess begins July 26 becoming less realistic, lawmakers likely will be in session in September, instead of out on the campaign trail.