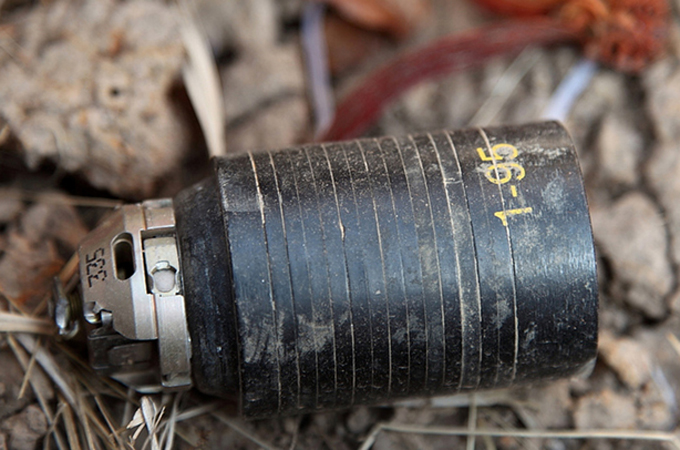 The arms industry is hoping that the Trans-Atlantic Trade and Investment Partnership (TTIP) will provide it with greater opportunities. [EPA / Stephane De Greef, LCMM]

Why are weapons-makers excited by TTIP?

Could the world’s largest weapons company soon be managing part of our medical systems?

That absurd and nasty idea is being actively discussed. The National Health Service in England recently held a meeting for firms interested in providing support services to doctors. Among those firms were Lockheed Martin, the same company that has supplied interrogators to the US torture chambers of Guantanamo Bay, fighter jets to Israel and cluster bombs dropped by US forces in Afghanistan.

Not content with arming a superpower, Lockheed has been trying to muscle into civilian markets. For a number of years, it has been involved in running parts of the postal services in the US and Sweden.

The arms industry is hoping that the Trans-Atlantic Trade and Investment Partnership (TTIP) will provide it with greater opportunities.

The Aerospace and Defence Industries Association of Europe (ASD) – an umbrella group for weapons-dealers – has calculated that more than half of the 24 topics raised in the initial stages of the EU-US trade talks affect the companies it represents. Top of the list is “government procurement” – a fancy term for providing goods to public authorities and, in some cases, letting corporations run vital services.

Nothing to worry about?

Cecilia Malmström, the EU’s trade commissioner, tells us there is nothing to worry about. “No EU trade deal has ever restricted EU member states’ freedom to organise their public services the way that they chose,” she said earlier this month.

A British health minister, Frederick Curzon, has nonetheless insisted that healthcare be covered by the eventual agreement. Contrary to the impression that Malmström is trying to give, the European Union has not excluded public services from the remit of the talks.

EU trade officials have proven very amenable to the requests of the arms industry. Procurement of military equipment was one of the topics included in a June 2013 paper guiding the EU’s approach to the talks. That followed secretive confabs which the trade officials held with Europe’s top weapons firms.

Since then, both the EU and US have apparently decided that “defence” is too sensitive a matter for a trade accord. But that doesn’t mean that the merchants of death have lost interest.

An analysis by the European Union Institute for Security Studies – a pro-war “think tank” funded by taxpayers – notes that the demarcation lines between what is “military” and “civilian” are becoming increasingly blurred. Taxes levied on the imports and exports of electronic goods with military applications might be reduced as a result of TTIP, the paper suggests.

“While it is unlikely that attack helicopters will fall directly under the provisions of the TTIP, on-board technologies sourced from the civilian sector – such as sensor equipment and landing gear – may well be included,” the institute’s Daniel Fiott has written.

Saab – maker of radars deployed by British troops occupying Iraq and Afghanistan – has identified the EU-US trade talks as a priority for its team of lobbyists in Brussels.

Saab also belongs to the Trans-Atlantic Business Council (TABC), a corporate club that has prepared much of the groundwork for the EU-US talks.

The TABC wants “all public institutions” on both sides of the market to be opened up to private firms when they are issuing contracts. This indicates that the business lobby is behaving in a predatory manner towards health and other vital services.

Is Cecilia Malmström willing to protect Europe’s welfare states from the business lobby? I doubt it.