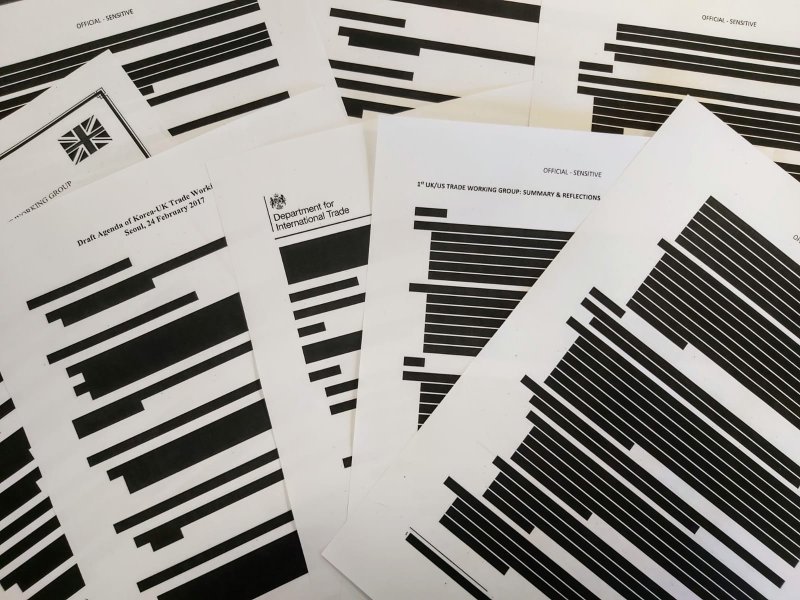 Why don’t we just… end the secrecy surrounding trade talks?

Chicken washed in chlorine, vegetables covered in chemicals and pus cells swimming around in your milk – these are some of the stories that alarm the British public about the food we might be forced to import if we sign a trade deal with the US. And that’s before we come to the threat to the NHS. Trade deals today are big, sprawling agreements that go well beyond how much tax we pay to import stuff. They affect every one of us in multiple ways, from the goods we buy to how much the NHS has to pay for medicines to the ability of our government to tax and regulate big business.

This can’t be right, which is why many people are calling for trade deals to be negotiated in the open, allowing us, the public, to properly understand what’s being discussed in our name. And indeed there is a move internationally to more openness in trade deals, spurred by public concern over the EU-US trade deal known as TTIP, which was brought to a halt by massive protests right across Europe.

As we leave the EU, however, Britain is taking a far more secretive approach to the many trade talks it is holding. Neither the public – nor even our MPs – are allowed to know what’s happening in those negotiations. The blacked-out papers which Labour leader Jeremy Corbyn held up during the general election is all we’re allowed to know about what our government is discussing with Donald Trump’s team. True, we do know something about what’s going on in these talks – but only because the documents have been leaked.

There is much more that we don’t know. In fact, through an ongoing court case that Global Justice Now has brought against the government, we’ve discovered that there are even talks happening with unnamed countries, which we’re not allowed to know are taking place. We don’t even know what we don’t know.

This sort of secrecy should be confined to history. Of course, some will argue that trade deals will be harder and slower to negotiate if we all know what’s going on. Perhaps. But it’s not as if the current, secret system is preventing people speculating what is likely to be in trade deals that the government is negotiating.

And at least if trade talks are open, we’ll end up with deals that reflect the sort of society we want to live in. That’s democracy. If the government wants to change our food standards, or the way the NHS works, they should let us know, and do it through parliament, not negotiate our rights away in secret talks with Donald Trump.