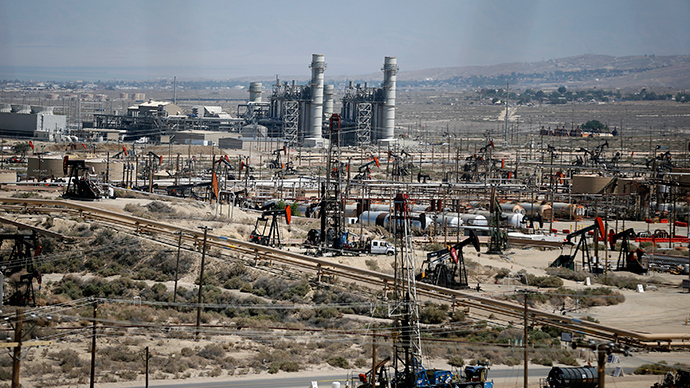 Opinion: Why the US and EU trade models are both bad for people and the planet

The meeting between United States President Donald Trump and European Commission President Jean-Claude Juncker Wednesday is widely seen as a crucial step to avoiding a full-blown trade war. But the content of the vaguely worded joint statement is deeply worrying for people on both sides of the Atlantic. If the U.S. and the EU follow through with their commitments, the new trade relationship would mean more fracking in the U.S. and an attack on European standards for genetically modified organisms, chemicals and other sensitive issues. But this should be no surprise, since both sides prioritize corporate interests over environmental and social concerns in their trade policy.

Trump’s trade policies cater to big business lobbyists, especially when it comes to the fine print. For example, the U.S. is pushing China to ease the approval process and importation of genetically modified crops. American negotiators are trying to restrict labelling of junk food in the North American Free Trade Agreement renegotiation process, while environmental organizations are concerned that a NAFTA 2.0 would exacerbate pollution and climate change.

Throw in the attempt by the Trump administration to use the economic and political power of the U.S. to extract maximum concessions from its trading partners and its attacks on international labor standards, and the current trade policy mostly looks like more of the same for big business — in a nationalist cloak.

But the European Union’s supposedly “free and fair trade” strategy is also not the solution. Outside of some rhetoric, the EU continues to pursue corporate interests in its trade deals at the expense of people and the planet.

A case in point are the ongoing negotiations for a free trade agreement with Indonesia — the fifth most populous country on the planet, one of the fastest growing economies and therefore a potentially lucrative market for European companies. Apart from some flowery language in the chapter dealing with sustainable development — which the EU refuses to equip with a proper enforcement mechanism — the core chapters of the agreement do not take sustainability criteria into account. There is no intention to promote the exchange of sustainable products or reduce the trade in unsustainable ones. The agreement scored only 4.5/20 points on Friends of the Earth Europe’s sustainability test. Get development’s most important headlines in your inbox every day.

The EU plans to create a tribunal that would enable foreign investors to sue governments for rules and regulations that protect people and the environment when they interfere with their profit expectations. It is called the Investment Court System — a slightly reformed version of the infamous investor-state dispute settlement (ISDS) mechanism, which is just as dangerous. After being sued by several mining companies, the Indonesian government started to terminate agreements with corporate court provisions, including with European countries. Now, the EU is attempting to lock in corporate courts in the new trade deal with Indonesia.

Similar trade deals are currently being negotiated and concluded by the EU with a number of countries around the world, including Mexico, Chile, Canada, Japan, Singapore, Vietnam, and other countries. This is no plan to protect ordinary citizens, or the planet.

So what should progressives do?

We need to oppose both the EU’s neoliberal free trade policy and Trump’s nationalist approach and advocate for a radically different trade model that puts people and the environment at its center. Such a model would foster the trade of sustainable goods and services rather than focusing on increasing trade flows; support sustainable agriculture and regional trade rather than a global trade in agricultural commodities; and create a framework to hold corporations to account internationally rather than granting investors more privileges.

While the Presidents of the United States and the European Union are cooking up a new deal that would only benefit large corporations and polluting industries, it is up to movements and civil society on both sides of the Atlantic to work together and push for a new model of international trade that puts sustainability, human rights, and democracy at its heart.

Fabian Flues works as a trade and investment campaigner at Friends of the Earth Europe in Brussels. His focus is the impact of the EU’s trade policy and in particular of investor-state dispute settlement on the environment.

Bill Waren is senior trade analyst at Friends of the Earth. He covers negotiations, litigation, and congressional action on trade policy. Bill has published numerous technical research papers and pieces of popular journalism on trade policy. In the past, Bill served as policy director at the Forum on Democracy and Trade, senior fellow at Georgetown Law, and Federal Affairs Counsel at the National Conference of State Legislatures.