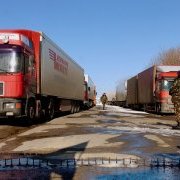 CIS: Moldova may be expelled from free trade zone after EU deal
8-Jul-2014 TASS
Moldova could be expelled from the regional Commonwealth of Independent States’ free trade zone after it signed the association agreement with the European Union, a Russian official said on Monday.
Georgia and Russia meet to sort out EU vs CIS free trade
1-Jul-2014 Democracy & Freedom Watch
Georgian and Russian trade experts will meet in Prague on July 7 to find out how compatible Georgia’s new free trade with the European Union is with its already existing free trade framework with countries of the former Soviet Union.
CIS FTA effective for Kyrgyzstan from 12 January 2014
24-Dec-2013
The CIS Free Trade Agreement will come into effect for Kyrgyzstan on 12 January 2014, BelTA learnt from the legal department of the CIS Executive Committee.
Uzbekistan might join CIS free trade zone in May 2013
29-Jan-2013
Uzbekistan might join the free trade zone of the Commonwealth of Independent States by the end of May 2013, Director of the First Department of the CIS States of the Russian Foreign Ministry told reporters on 29 January before the start of ministerial consultations in the CIS Executive Committee, BelTA has learnt.
Free trade agreement with five CIS countries enters into force for Moldova
16-Jan-2013
The free trade agreement with the CIS member countries, signed in St Petersburg in 2011 and ratified by the Moldovan parliament on 27 September 2012, entered into force for Moldova in 2013.
Uzbekistan to join free trade zone by yearend
29-Sep-2012
Uzbekistan will join a CIS free trade zone by the end of this year, CIS steering committee head Sergei Lebedev said on Friday at a CIS heads of government meeting in the Crimean city of Yalta.
FTA agreement with CIS to take effect on September 23, says Azarov
11-Sep-2012
The agreement on a free trade area (FTA) with the CIS will take effect on September 23, Ukrainian Prime Minister Mykola Azarov has said. 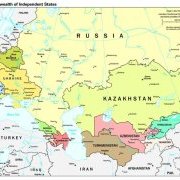 Most CIS countries sign up to free-trade zone
19-Oct-2011 RFE/RL
Years of fruitless negotiations to create a free-trade zone among the members of the Commonwealth of Independent States unexpectedly came to a successful conclusion on October 18, when Russian Prime Minister Vladimir Putin appeared before journalists in St. Petersburg and said: "We discussed [a free-trade agreement], made some corrections, and adopted its final text."
CIS PMs fail to agree on creation of free trade zone
20-May-2011 Xinhua
The prime ministers of the Commonwealth of Independent States (CIS) member countries failed to reach an agreement on the creation of a free trade zone during the meeting of the CIS heads of governments in Minsk on Thursday, local media reported.
CIS summit to focus on free trade area
10-Dec-2010 Voice of Russia
Russia, Belarus and Kazakhstan are to create a free trade area and single econonmic area 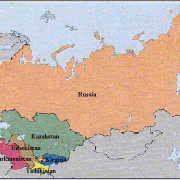 CIS may have its free trade deal by the end of 2010
17-Aug-2010 The Voice of Russia
A free trade agreement between the members of the Commonwealth of Independent States (CIS) may be signed by the end of the current year, Executive Secretary of the CIS, Sergey Lebedev, told journalists Tuesday.
Russia to draft free trade area agreement within CIS
28-Jun-2010 Voice of Russia
Russia is going to draft an agreement before the end of the year on a CIS free trade area involving at first Russia, Belarus and Kazakhstan, says the First Deputy Prime Minister Igor Shuvalov.
CIS experts held talks on Free Trade Zone Agreement
19-May-2009 Armenian News
CIS member states are working in a draft Agreement on Free Trade Zone
Subscribe to bilaterals.org weekly