USTR, Congress settle on changes to trade deals
26-Jun-2007 ABC News
The Bush administration and U.S. lawmakers have agreed on a blueprint to strengthen labor and environmental protections in four pending free trade deals, trade officials said on Monday.
US calls for revisions to S.Korea FTA
16-Jun-2007
The United States has proposed revisions for a free trade agreement with South Korea to reflect Washington’s new guidelines that call for stricter labor and environmental standards, officials said Saturday.
Philippines: ’Diplomatic exchange’ on JPEPA toxic provisions not enough, Greenpeace says
28-May-2007 Infoshop
The diplomatic notes state that "Japan would not be exporting toxic waste to the Philippines as defined and prohibited under the laws of the Philippines and Japan, in accordance with the Basel Convention." This is where the loophole and ambiguity lies.
RP-Japan pact won’t allow toxic dumping
23-May-2007 ABS-CBN
Japan will give formal assurance to Philippine senators that it will not dump toxic and hazardous waste on the Philippines in an attempt to convince them to ratify the controversial Japan- Philippines Economic Partnership Agreement (JPEPA).
Agreement on ’Trade in Goods’ in the proposed ASEAN-Japan economic pact to be finalized November
13-May-2007 Balita Organization
On the contentious issue of transboundary movement of toxic waste, which inclusion in the JPEPA had caused an uproar locally, Philippine Trade Secretary Peter B Favila said it is likely that the same provision would be carried in the Japan-ASEAN trade deal.
Bipartisan trade deal: USTR "fact sheets"
13-May-2007 USTR
US may seek FTA renegotiations on labor, environment
12-May-2007
Washington plans to demand renegotiations on several areas of the Korea-US free trade agreement (FTA) signed on April 2, according to US media reports.
’New trade policy for America’
11-May-2007 House and Ways Committee
The agreement announced today is a fundamental shift in US trade policy and clears the way for broad, bipartisan congressional support for the Peru and Panama FTAs.
South Korea-EU free trade talks got off to fast start, both sides say
11-May-2007
South Korea and the European Union made good progress this week in their first round of negotiations to forge a major free trade pact, chief negotiators from both sides said on Friday, but they conceded sensitive issues were barely touched.
Treaty with Japan may legalize dumping toxic waste in India
8-May-2007 RxPG
If the agreements negotiated by Japan with the Philippines and Thailand are anything to go by, the India-Japan Comprehensive Economic Partnership Agreement that is being worked on by the two governments will open the floodgates to Japan’s municipal, medical and hazardous wastes.
Trade pact risks environment, public health
3-Apr-2007 Korea Times
For the past few years, the backers and denouncers of a free trade accord between Korea and the United States have feuded like the Montagues and Capulets. Not surprisingly, the two camps are still polarized on whether the trade pact bringing together the world’s largest and 10th largest economies is destined to be a happy marriage or Shakespearean tragedy.
What’s the rush to ink FTA with Japan?
2-Apr-2007 Bangkok Post
Critics of tomorrow’s signing say the interim Thai government has broken promises and failed to reveal details of the pact, but the biggest question they have is why Surayud is in such a hurry
Rangel and Levin unveil new trade policy for America
28-Mar-2007 House and Ways Committee
House Ways and Means Committee Chairman Charles B. Rangel (D-NY), and Trade Subcommittee Chairman Sander Levin (D-MI), today unveiled “A New Trade Policy for America,” to improve pending free trade agreements and allow for bipartisan support in the House.
Trade: Support builds for labour, environment standards
22-Mar-2007 IPS
Strong majorities in both developing and developed countries believe that international trade agreements should require governments to abide by minimum labour and environmental standards, according to a new survey of public opinion in 10 countries. 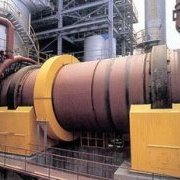 Japan accused of breaching toxic waste trade treaty
16-Mar-2007 ENS
The Seattle-based Basel Action Network, BAN, has filed a formal complaint against Japan concerning what BAN calls Japan’s "intent to create toxic waste colonies around Asia" through bilateral trade agreements.
CAP worries FTA threatens GM food labelling
13-Mar-2007
Consumers Association of Penang is extremely concerned and anxious that Malaysia’s Biosafety Bill and an amendment to the Food Regulations are now threatened by proposals made in the negotiations for a free trade agreement with the United States.
Japan trade frays tempers
10-Mar-2007 The Nation
Opponents of the draft Japan-Thailand Economic Partnership Agreement (JTEPA) have asserted that the Surayud Chulanont government needs to take two controversial issues in the pact seriously.
Illegal logging not an issue in FTA talks with US: Anifah
7-Mar-2007
Illegal logging is not an issue in the free trade agreement (FTA) negotiations between Malaysia and the US, Deputy Minister of Plantation Industries and Commodities Datuk Anifah Aman said.
Thai-Japanese FTA negotiations: Toxic waste annex to be tabled in Tokyo
5-Mar-2007 Bangkok Post
A one-page annex will be added to the Thai-Japan free trade agreement to ensure the trade pact will not overrule the international agreement on transboundary movement of hazardous waste. The inclusion of the annex, however, was criticised by the FTA opponents.
No renegotiation on Thai-Japan trade deal
27-Feb-2007 The Nation
Thai Foreign Minister Nitya Pibulsonggram told a powerful Japanese business association on Monday that Thailand would not renegotiate on any issues in the controversial economic agreement with Japan.
0 | ... | 360 | 380 | 400 | 420 | 440 | 460 | 480 | 500 | 520 | 540
Subscribe to bilaterals.org weekly