The importance of the FTA to Thailand
30-Sep-2005 American Chamber of Commerce in Thailand
Ambassador Nitya Pibulsonggram, the chief negotiator for the Thailand-US Free Trade Agreement, spoke to AMCHAM members on May 25, 2005 about the importance of the FTA to Thailand.
Aggressive response suggested to US push
10-Sep-2005 Bangkok Post
Thailand should be more aggressive in its response to the US push for environmental and labour protection under the bilateral free trade area (FTA) agreement, a seminar sponsored by the Thailand Research Fund (TRF) was told.
A toxic trade-off
14-Aug-2005
Pressing for passage of the Central American Free Trade Agreement at a White House news conference in May, President Bush made the case that a vote for CAFTA was a vote for democracy: "By transforming our hemisphere into a powerful free trade area, we will promote democratic governance, human rights and economic liberty for everyone," he said.
Govt under fire over China FTA
29-Jun-2005
Workers’ rights and the environment are being sacrificed in the rush to sign a free trade agreement (FTA) with China, a public interest group says.
Are corporations hog-tying conservation groups in CAFTA fight?
3-Jun-2005 Grist
Missing from the fight against CAFTA is an elite subset of the environmental movement: the international biodiversity conservation organizations. Not one of the four major groups in this field — Conservation International, the World Wildlife Fund, The Nature Conservancy, and the Wildlife Conservation Society — has demonstrated the courage to oppose CAFTA, despite ample opportunity over the past year.
Andean nations, US advance on environmental issue in FTA talks
21-Apr-2005 Xinhua
The Andean countries and the US have advanced on the environmental issue in their talks about a free trade agreement (FTA), Peru’s chief negotiator said on Wednesday. "The United States proposed for the first time a text on biological diversity. The issue has been made an item in the article on Environmental Cooperation."
Letter to reject environment chapter of CAFTA (Eng/Esp)
8-Mar-2005
We are enclosing a letter in English and Spanish proposed by different Central American and USA organizations to be delivered in our respective Congresses. We are protesting the contents and consecuences that the US-DR-CAFTA will bring in general to the society and the environment, but especially in this case Chapter No. 17 related to environment.
When FTA spells BSE: Trading away our food safety
12-Feb-2005 Public Health Association of Australia
Australia is fortunate to be one of few countries to remain free of BSE, the degenerative brain disease in cattle that causes the deadly variant CJD in people. But the Free Trade Agreement recently signed with the United States may change this.
Labour, environment, IPR left out of TIFA text
9-Feb-2005
The US has agreed to Bangladesh’s proposal for exclusion of issues related to labour laws, environment and intellectual property rights from the main text of a proposed trade and investment framework agreement the two countries are likely to sign some time this year.
The rush to regionalism
3-Feb-2005 IISD
This paper aims to set out the issues of importance in addressing the links between sustainable development and the rush to regionalism (FTAs).
Critique of the proposed Chile-New Zealand Closer Economic Partnership (P3 with Singapore)
21-Dec-2004 ARENA
The New Zealand, Chile and Singapore governments are promoting a P-3 whose primary - and arguably only - beneficiaries are the transnational companies that straddle two of the three countries, including opportunists who locate there to take advantage of the deal. The greatest potential beneficiaries are the agribusiness interests of Fonterra and Nestle as they promote their shared strategy to dominate Latin America’s dairy industry.
Arena launches sign-on letter to oppose the P-3
21-Dec-2004 Scoop
ARENA today stepped up its campaign against the proposed Chile/New Zealand free trade agreement, which forms part of the Pacific 3 (P-3) with Singapore, by launching a sign-on letter to the Prime Minister calling on her to end the negotiations.
Release of NZ-Thai CEP agreement texts
21-Dec-2004 Scoop
The New Zealand government today published the text of the Closer Economic Partnership agreement between New Zealand and Thailand.
More trade caution seen with Kerry, more deals under Bush
2-Nov-2004 Stuff
An election win for Senator John Kerry could make the United States tougher and more cautious on trade, while a victory for President George W Bush would keep the country on the path to more deals, experts say.
The disease of the day: Acute treatyitis
20-Jul-2004 The disease of the day: Acute treatyitis
The efforts to establish global and regional ‘free trade’ agreements have met with considerable resistance. People around the world suffering the effects of so-called free trade have steadily built a movement to reject the dominant economic model.
Draft Environmental Cooperation Agreement (US-DR-CAFTA)
5-Jun-2004 US State Department
This draft Environmental Cooperation Agreement (ECA) has been negotiated in the context of, but is separate from, the U.S.-Central America Free Trade Agreement. This draft ECA represents the results of negotiations by delegations representing the Parties listed in the title below. This draft ECA is subject to further revision, and has not been signed by the Parties.
Regionalism and the multilateral trade system
20-Apr-2004
Regional trade agreements (RTAs) are an integral part of international trade, accounting for almost half of world trade and expected to grow further in the next few years. These agreements operate alongside global multilateral agreements under the World Trade Organization (WTO), and have both positive and negative effects. 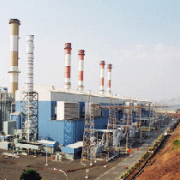