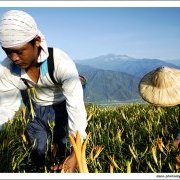 PCT pastors oppose ECFA for Aborigines’ and farmers’ sake
7-Jul-2010 WFN
Opening the floodgates to Chinese products will lead to mass unemployment among Aborigines and pose great challenges to ordinary Taiwanese farmers as well, say Aborigine pastors in Taiwan.
10th ALBA summit starts in Ecuador
25-Jun-2010 Agencia Prensa Rural
The 10th summit of the Bolivian Alliance for the Peoples of America - People’s Trade Treaty (ALBA-TCP) began on Friday in the Andean city of Otavalo, Ecuador.
With Avatar poised to win big at the Oscars, James Cameron should help some Na’vi right here on Earth
2-Mar-2010 The Indypendent
Cameron should put the money made from the blockbuster where it’s needed most: into indigenous communities struggling for the conservation of their land and livelihood. 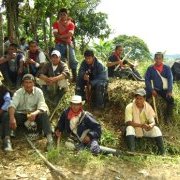 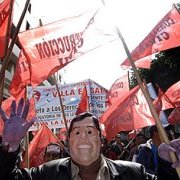 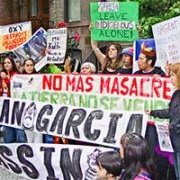 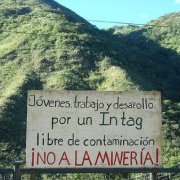 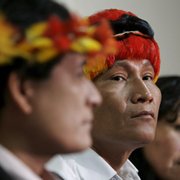 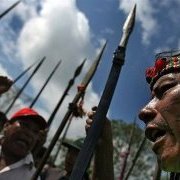 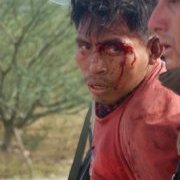 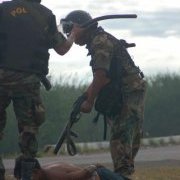 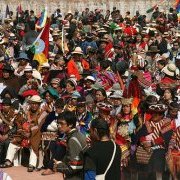 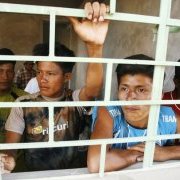 Police hostages die in Peru protest
8-Jun-2009 Al Jazeera
At the heart of the dispute are laws passed last year as Garcia sought to bring Peru’s regulatory framework into compliance with a free-trade agreement with the US. "This has to be seen as one more chapter in the national struggle against the FTA," Mirko Lauer, a political commentator at Peru’s La Republica newspaper, told Al Jazeera.
Fatal clashes erupt in Peru at roadblock
6-Jun-2009 NY Times
The indigenous groups in Peru have surprised the authorities with their sudden strength and organization and are now threatening to blunt President Alan García’s efforts to lure foreign investment to the region.
Megaprojects and militarization: A perfect storm in Mexico
1-Jun-2009 WW4 Report
As Mexican security budgets inflate with US aid-to combat the rising power of drug trafficking and organized crime-rights groups say these funds are increasingly being used to protect the interests of multinational corporations.
Peru: Indigenous protests force government negotiation
31-May-2009 Green Left Weekly
Since April 9, indigenous communities have shut down oil fields and gas pipelines, and blocked roads, rivers, airports and other installations. These actions are in protest at government decrees that open access to indigenous people’s lands to facilitate oil, mining, logging and agricultural companies. Garcia decreed the laws under special powers awarded to him by Congress to bring Peruvian law into line with a free trade agreement (FTA) signed with the United States in December 2007.
0 | 20 | 40 | 60 | 80 | 100 | 120 | 140 | 160
Subscribe to bilaterals.org weekly