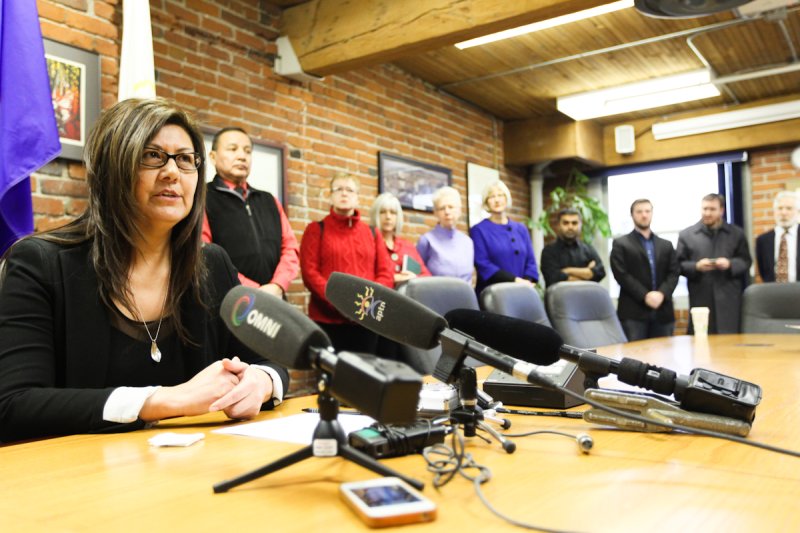 The Hupcasasath First Nation, the small nation on Vancouver Island which fought a two-year court battle over the constitutionality of the controversial Canada-China FIPA (Foreign Investment Promotion and Protection Agreement) sent a letter to the Premier of China last week, giving notice that the Hupacasath does not consider itself bound by the terms of the agreement.

The Canada-China FIPA (or FIPPA) was quietly ratified by Canada on September 12 and entered into force on October 1. Under the terms of the agreement, the FIPA and the investor rights it grants will be in force for a minimum of 31 years. The Canadian ratification came two years after the agreement was signed, and was ratified despite the fact that the Hupacasath’s legal challenge was still being considered by the Federal Court of Appeal.

"We want to make it clear to the People’s Republic of China that Hupacasath territory is not open to business under FIPPA and that our consent is needed before there is any development of our lands and resources," explained Hupacasath Chief Steven Tatoosh. "This step must be taken to protect our rights and title as the government of Canada is not doing so. Canada has the duty to consult with First Nations and obtain our consent and without this and a decision from the Court, it is impossible for Hupacasath First Nation to accept the ratification of FIPPA."

"Hupacasath First Nation will not consent to any development in our territory that negatively impacts or abrogates our title and rights. We launched our court action on FIPPA in order to protect our rights and title and our way of life which is dependent on the existence of certain ecosystems and the maintenance of high environmental standards," the letter states.

"The manner in which FIPPA was ratified has engendered increasingly strong opposition from First Nations and Canadians across the country, and has served to embroil the People’s Republic of China in a domestic dispute. This dispute will take the form of resistance from Hupacasath First Nation and many other First Nations to any resource development on our title lands. Opposition will manifest itself in regulatory processes, court cases, and the defense of our lands on the ground.

"We feel it important to inform you of Hupacasath First Nation’s views and positions before you decide to do any development within our territory. To be clear, our dispute is with Canada and because of the FIPPA the People’s Republic of China has become involved with Canada’s internal matters. The People’s Republic of China is now on notice that any investment or development proposed by China state-owned corporations is not welcome within Hupacasath First Nation territory."

The Hupacasath letter came a day after a similar notice was sent by the Onihcikiskwapowin (Saddle Lake Cree Nation) of Treaty 6 Territory in Alberta.

The Hupacasath is also encouraging other First Nations and concerned municipalities to do the same, stating on its website, "Together we must make it clear to the People’s Republic of China that the Government of Canada did not follow due process by consulting First Nations, municipalities, parliament, and the citizens of Canada."