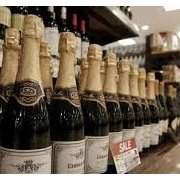 Korea: Trade deficit with EU exceeds $10 billion
30-Jan-2015 Chosun Ilbo
It all started after the FTA went into effect. Korea had posted 11 straight years of trade surpluses with the EU from 1998 to 2011, but the balance shift into the red in 2012.
Trade commission recognizes damage from EU FTA to S. Korean firms
27-Sep-2013 Yonhap
So far, 40 Korean companies have claimed damage from the country’s FTAs, with 18 of them claiming damage from the Korea-EU FTA. Out of the total, 30 have been awarded damage. 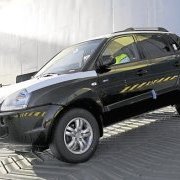 Exports to EU dwindle 12% after FTA
2-Jul-2012 Chosun Ilbo
Korea’s exports to the EU dwindled 12% since the Korea-EU FTA went into effect one year ago, while imports grew 13%.
Imported whisky prices rise despite EU FTA
11-Jun-2012 Korea Herald
Retail prices of imported whisky from Europe have not dropped but climbed in the local market despite the Korea-EU Free Trade Agreement which took effect in July 1, 2011, according to Korea’s antitrust regulator.
Prices of whisky imported from EU much inflated
10-Jun-2012
Domestic prices of whisky imported from the European Union (EU) are five times more than their import costs despite last year’s implementation of a bilateral free trade deal that cut tariffs, a consumer advocacy group said Sunday.
0 | 10 | 20 | 30 | 40 | 50 | 60 | 70 | 80 | ... | 180