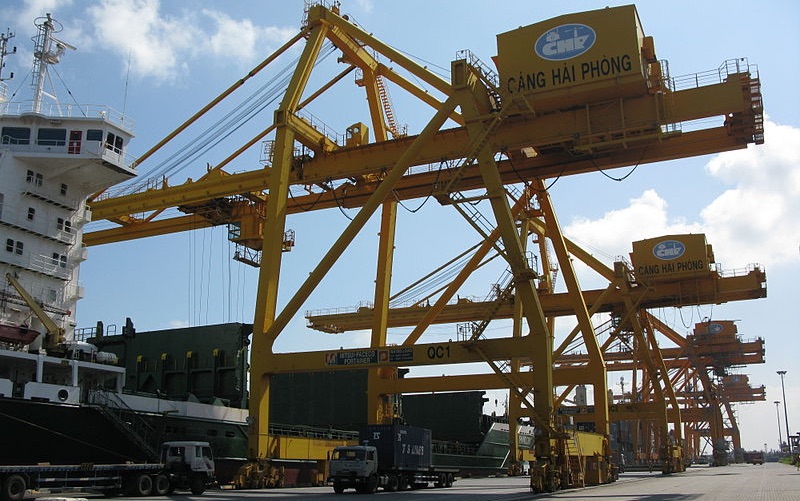 Vietnam signed a fairly comprehensive bilateral trade agreement (BTA) with the United States in 2000. It came into force in 2001. The BTA was part of the post-war "trade normalisation" process between the two countries and should be seen as strong precursor to a watertight US FTA. In June 2007, Hanoi and Washington signed a Trade and Investment Framework Agreement, yet another step towards a possible FTA. And in December 2008, the two governments began negotiating a hardcore bilateral investment treaty (BIT), yet another.

In January 2007, Hanoi and Tokyo began talks towards a Japan-Vietnam deal, which was finally signed in December 2008. Shortly after, Vietnam began talks with Chile, with the FTA signed in 2011. Hanoi already signed an FTA with Israel back in 2004 and may join the TPP. It is also intending to negotiate FTAs with EFTA, Russia and Mexico

As a member of ASEAN, Vietnam is caught up in the bloc’s regional FTA dealings with Korea, the EU, China, Japan and India. The Vietnamese government has also signed a number of bilateral intellectual property and science & technology agreements with industrialised countries, as well as more than 30 BITs.

Negotiations on Vietnam-Russia FTA begin
12-Oct-2010 VOV News
One of reasons that Russia is interested in FTA with Vietnam is that the country can be a strategic partner in helping Russia restore its Asian influence.
Vietnam, Chile explore potential for bilateral ties
20-Sep-2010
Chile and Vietnam envisage enormous potential to strengthen their bilateral ties, especially in economics and trade, affirmed the newly-appointed Chilean Ambassador to Vietnam.
Carpe diem: businesses to take initiative in FTA
18-Sep-2010
Trade experts say that Vietnamese enterprises cannot take full advantage of multilateral and bilateral free trade agreements (FTA) to boost export because they lack initiative.
Free trade deals receive mixed reviews
4-Sep-2010
Free trade agreements (FTAs) in general have led to higher economic growth, but regional FTAs have had mixed results, experts have said.
Vietnam - No human rights issues in trade acts
7-Dec-2009 VNA
A leading Vietnamese Government official has asked that the US leave democratic and human rights issues out of its trade acts
Vietnam, US hold third BIT negotiation round
23-Nov-2009 VOV
Vietnam expressed concerns about the possibility of executing some terms and conditions in the BIT draft, especially those relating to transfer of money, financial services, list of non-conforming measures and minimum standard treatment.
Vietnam calls on US trade to treat Vietnam fairly
23-Jul-2009 Thanh Nien News
Minister of Industry and Trade Vu Huy Hoang has asked US trade representatives to consider antidumping lawsuits on Vietnamese products fairly and without prejudice
US on track to be top investor in Vietnam
14-May-2009 AFP
The United States is on track to become the leading foreign direct investor in Vietnam, the head of a US business delegation said Wednesday.
Vietnam, US holds first BIT negotiation
19-Dec-2008 VNA
The first round of negotiations on the Vietnam-US Bilateral Investment Treaty (BIT) was held in Washington from Dec. 15-18.
Vietnam pushing free trade area with US
9-Dec-2008 VietnamNet Bridge
“We are trying to promote negotiations on a free trade area (FTA) agreement with the US. This would be a long-term task,” said Vietnamese Ambassador to the US Le Cong Phung on the sideline of the 16th diplomatic sector conference, which opened in Hanoi on December 2.
0 | ... | 20 | 30 | 40 | 50 | 60 | 70 | 80 | 90 | 100 | 110
Subscribe to bilaterals.org weekly