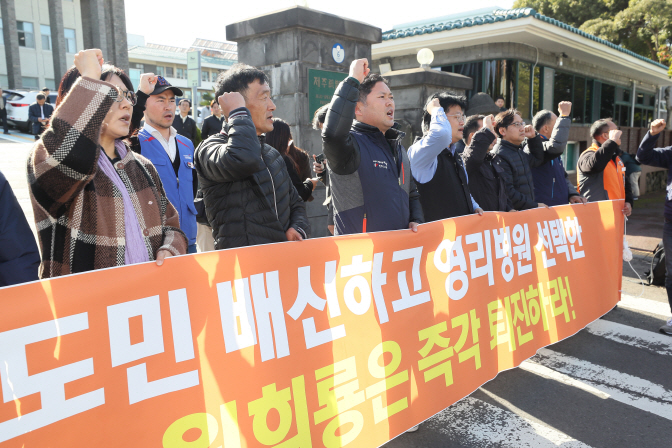 The Jeju provincial government has revoked the business license of a Chinese-owned medical institution, dashing the hopes for the nation’s first for-profit hospital.

"The Greenland International Medical Center failed to open without justifiable reasons after three months had passed since it won conditional approval for launch," Jeju Governor Won Hee-ryong said at a news conference Wednesday. "Nor had it made any substantive efforts to begin operations after that."

The cancellation of the license was due in large part to the opposition of civic groups concerned about the possible collapse of the public healthcare system. The opponents said the launch of a for-profit hospital on the resort island could lead to the appearance of similar institutions in seven other free economic zones, including Songdo in Incheon, resulting in a medical divide and damaging the public nature of Korea’s healthcare system.

That said, the authorities concerned can hardly be free from blame for their flip-flopping on this issue. The Chinese investor has built its hospital at the cost of 77.8 billion won ($68.6 million) and hired several medical professionals. However, the provincial government, conscious of adverse public opinion, held a public hearing commissioned by a group of experts. After the hearing came up with a negative conclusion, officials gave the go-ahead on the condition of restricting treatment to foreign patients, and has now nullified the license.

With the decision, both the central and provincial governments could face adverse effects of losing trust among foreign investors. The Chinese group may file a suit against the Korean government, using the investor-state dispute settlement system. Related officials should actively prepare for the expected legal battles and conduct a consistent policy to prevent the recurrence of such confusion as this. Only then will foreigners feel able to invest in Korea free from anxiety.