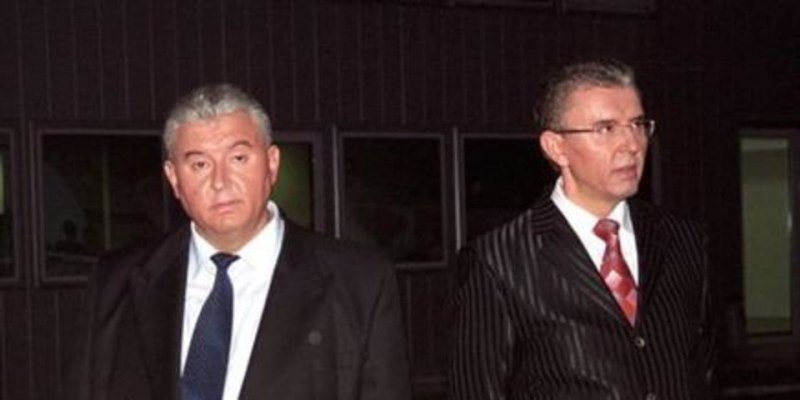 In the latest instalment of a long-running dispute, the Supreme Court has lifted the stay on the enforcement of a 150m ICSID1 award against Romania relating to state incentives to invest in food production. The Commercial Court and Court of Appeal had previously ordered a stay of such enforcement in circumstances where the European Commission had issued a decision prohibiting Romania from making payment under the award on the basis that such payment, in and of itself, would constitute illegal State Aid. This European Commission decision is subject to appeal to the CJEU2 having been annulled in 2019 by the GCEU.3

The Supreme Court held that:

This decision, coupled with the earlier decision of the GCEU, is a welcome clarification of the application of EU law and the narrow circumstances in which it is appropriate to stay enforcement of an ICSID award. The case also needs to be seen in the context of apparent hostility of the EU institutions to bilateral investment treaties between EU Member States, which effectively establish a competing source of supranational jurisdiction (as to which, see our summary of the case of Achmea and the January 2019 political declaration of EU Member States setting out their intention to terminate all bilateral investment treaties between EU Member States, here).

These proceedings arose following an award in 2013 by an ICSID arbitral tribunal against Romania (the "Award"). The tribunal held that Romania had breached the terms of the Sweden-Romania Bilateral Investment Treaty through its repeal in 2005 of a scheme of investment incentives (EGO 24), and it awarded the claimants (two Swedish nationals and three Romanian companies (the "Claimants")) approximately 150m in compensation and interest.

In 2014 the Commission commenced a state-aid investigation, and, in March 2015, it adopted a Final Decision (the "Decision") prohibiting Romania from making payment under the Award on the basis that such payment would constitute new State Aid under Article 107(1) TFEU. The Claimants commenced proceedings before the GCEU to annul the Decision, and (on 18 June 2019) the GCEU granted that annulment.

The GCEU held that the Commission had exceeded its competence by applying its State Aid powers retroactively to events (the incentives under EGO 24 and their repeal in 2005) which pre-dated Romania’s accession to the EU in 2007. The Commission is currently appealing the GCEU’s judgment to the CJEU.

Parallel to the EU proceedings, in October 2014, the Award was registered in the Commercial Court. In July 2015, Romania applied to set aside the registration order or to stay its enforcement, and the Claimants issued a counter-application for security if the court did order a stay of enforcement of the Award.

On the Claimants’ appeal, the Court of Appeal (in July 2018) upheld the Commercial Court’s order for a stay, but ordered that Romania provide security of 150m. Whilst the court was not unanimous in its reasons for upholding the stay, in summary it held that permitting the enforcement of the Award would frustrate the effective application of EU State Aid law and it was appropriate to exercise the discretion of the court to order a temporary stay on the facts of the case.

Appeal to the Supreme Court

Questions before the Supreme Court

In relation to the stay on enforcement, the Supreme Court considered the following questions:

1. Does the principle of sincere cooperation under EU law apply so as to impose a duty on the court to stay enforcement?

2. Is a stay compatible with obligations under the ICSID Convention?

3. Does Article 351 TFEU apply such that obligations under the ICSID Convention are unaffected by the provisions of the EU Treaties, including the duty of sincere cooperation?

The Claimants had argued that, since the Decision had been annulled by the GCEU, the "principle of sincere cooperation" did not require the court to stay the enforcement of the Award. The Supreme Court disagreed. It held that, although the Commission had not applied to stay the effect of the GCEU’s judgment, that judgment left in existence "an extant Commission investigation into State Aid" and that "the subsisting initiating decision continues to engage the duty of sincere co-operation owed by national courts".8 The Supreme Court also found that the Commission’s appeal to the CJEU was also, "in itself, sufficient to trigger the duty of cooperation" so as to impose a duty on the court under EU law to stay the enforcement of the Award.9 The Supreme Court then turned to the question of whether this duty conflicted with the obligations under the ICSID Convention.

Compatibility of a stay with obligations under the ICSID Convention

Under Article 54(1) of the ICSID Convention (as incorporated into English Law through section 2(1) of the Arbitration (International Investment Disputes) Act 1966 (the "1966 Act")), there is an "obligation to treat an award under the Convention as if it were a final judgment of a local court..."10

In the Court of Appeal, Hamblen LJ considered that the effect of section 2(1) of the 1966 Act was to make a registered ICSID award equivalent to a High Court judgment for all purposes. In his view, this meant that the English Court should stay enforcement of the Award under its general powers because of the duty of sincere cooperation. However, Arden and Leggatt LJJ held that section 2(1) merely provided a legal mechanism to execute an ICSID award and gave the national court control over its execution, including the manner and timing of that execution. On their view, the Award could only be stayed temporarily where it was just to do so on procedural grounds.

The Supreme Court left open which was the correct interpretation of section 2(1) (noting that there were "valid arguments on both sides"11), but held that, on either interpretation, the Court of Appeal was wrong to grant the stay of enforcement:

Article 351 TFEU regulates priority between "potentially conflicting obligations" and establishes that the "application of the EU Treaties does not affect the duty of a member state to respect the rights of nonmember states under a prior agreement" (emphasis added).16 The Supreme Court held that the UK’s obligations to recognise and enforce the Award under Articles 54 and 69 of the ICSID Convention were owed to all other contracting states and not just to the "State of nationality of an award beneficiary."1718

Therefore, because the UK owed relevant obligations to non-EU member states under the ICSID Convention (to which it was a party before it joined the EU), Article 351 TFEU meant that the obligations on the UK under the ICSID Convention were "not...affected by the provisions of the Treaties". Since the obligation of sincere cooperation arose from the Treaties, it did not have "any application at all"19 and there was "no impediment to the lifting of the stay"20 on enforcement of the award.

In light of the above, the Supreme Court held that there was no duty on the court to stay enforcement of the Award. It ordered that the stay be lifted, and held that it was no longer necessary to consider Romania’s appeal on security.

However, this is far from the end of the Micula story. Enforcement proceedings continue in the United States, France, Belgium, Luxembourg and Sweden, and there are questions before the CJEU from the Belgian Court as to the enforcement of the Award and the duty of sincere cooperation (Belgium having acceded to the EU Treaties after it signed the ICSID Convention). The CJEU is also due to give judgment on the annulment of the Decision and it remains to be seen what the Commission’s next move will be.