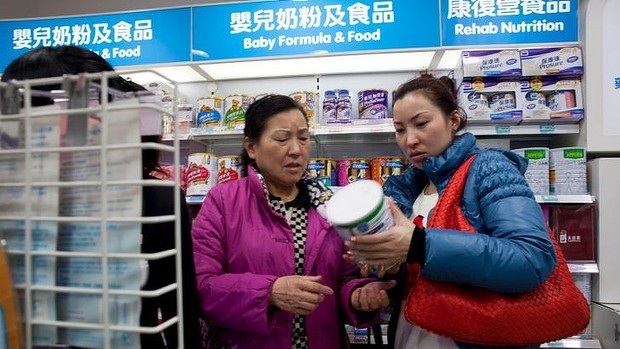 Mining tycoon Gina Rinehart has agreed to invest A$500 ($437 million) in partnership with a Chinese company to create one of Australia’s largest dairy farms to meet soaring demand for premium infant formula in China. The deal was announced on Saturday by Hope Dairies Ltd, majority owned by Rinehart, with minority investment from state-owned Chinese industrial giant China National Machinery Industry Corp.

Hope Dairies said it plans to process 30,000 metric tonnes, equivalent to 35 million tins, of infant formula per year at a processing plant in Queensland state. The company plans to begin exporting in late 2016, it said in a statement. "Australia has some of the finest agricultural products in the world and we need to position ourselves to meet the demands of our region," Rinehart said following the signing of an agreement with the Queensland government in Brisbane. Hope Dairies said it plans to manufacture pharmaceutical grade product which will help allay fears after a spate of food safety scandals involving infant formula in China. The scares have prompted a wave of tie-ups between foreign and Chinese dairy firms, including a $550 million investment last month by France’s Danone SA in formula maker Yashili International Holdings.

China’s imports of milk and milk powder soared 70 percent in the first half of the year to 830,000 tonnes, customs data showed. Infant milk formula sales in China are forecast to double from last year to $31 billion by 2017, according to research firm Euromonitor. Australia is attempting to transition from a reliance on exports of minerals such as coal and iron ore to expanding its food and agricultural exports to a growing Asian middle class, moving from a "mining boom" to a "dining boom".

The Hope Dairies announcement comes as China and Australia are on the verge of signing a free trade agreement, anticipated to be announced during Chinese President Xi Jinping’s current visit to Australia for the G20 meeting. Hope Dairies has acquired the majority of some 5,000 hectares (12,350 acres) of prime pasture in south-east Queensland and plans to supplement its production with milk supplied from other local producers in the vicinity. Hong Kong-based businessmen Dave Garcia and Dano Chan are minority investors in Hope Dairies.