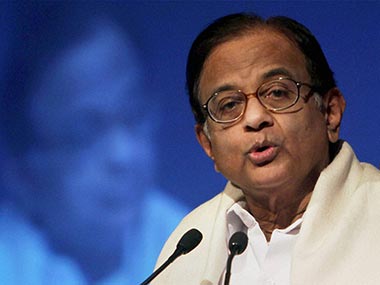 Toronto: Finance Minister P Chidambaram has made it clear that any bilateral investment protection agreement has to be subject to jurisdiction of domestic legal institutions and India will not allow it to be subjected to foreign courts or tribunals.

“We cannot allow highest court of the land to be subjected to any foreign courts or tribunals,” Chidambaram said during a question answer session at a breakfast meeting organised by the Canada-India Business Council (C-IBC) here yesterday. “Will you allow the Supreme Court of Canada be subject to jurisdiction of any other court or tribunal?” Chidambaram asked the audience.

The Minister was answering a question from Peter Sutherland, President and CEO of the Canada-India Business Council, who wanted to know the status of bilateral FIPPA treaty. The Minister said, “We have put Foreign Investment Promotion and Protection Agreement (FIPPA) on hold not only for Canada but other 83 countries too because of two major legal issues: namely right of a foreign investor to sue a sovereign State in a commercial dispute, and jurisdiction. All agreements are under review.”

However, he assured the audience that both the Comprehensive Economic Partnership Agreement (CEPA) and FIPPA would become a realty soon. Referring to Canadian Prime Minister Stephen Harper’s visit to India in November last year, Chidambaram said that India and Canada have longstanding bilateral relations, built upon shared traditions of democracy, pluralism and strong interpersonal connections with an Indian diaspora of more than one million in Canada.

This expanding bilateral relationship received further momentum in the past three to four years and was supported by a wide range of agreements between the two countries.During Harper’s visit to India in November 2012, both countries committed to increase annual bilateral trade to $15 billion by 2015.

Referring to bilateral trade and investment between the countries, Chidambaram said that while imports and exports were roughly matched in both directions (with total trade approaching over $5 billion in 2012 as against $4 billion in 2010), the same was not true for bilateral direct investment. Over 100 top executives of Canadian companies, Nirmal Verma, Indian High Commissioner to Canada; Stephen Beck, Canadian High Commissioner to India; and top officials of Finance Ministry and banking sector.

Dispelling fear of foreign investors regarding current account deficit, the Minister said that India was not immune to global economic crisis. India’s economic growth was robust (9 per cent) between and 2008 and it would gain momentum in next two three years. India would be seventh largest economy in two-three years and fifth largest economy by 2020.

Due to global financial overturns, India faced two major difficulties: namely fiscal deficit and inflation. “We are committed to fiscal consolidation. Right now the fiscal deficit is 5.3 percent (of GDP) and we want to reduce it by 0.6 per cent every year till it comes down to 3 percent (by 2016-17) We have drawn the red line to implement our target,” he said.Inviting Canadian investment in infrastructure, food processing, mining and retail sector, Chidambaram said: “India welcomes foreign investors and the government has taken a number of steps to protect foreign direct investment and portfolio investment.

“India is committed to rediscover eight percent growth path in next two to three years.” Chidambaram said that India was particularly attracted to do business with Canada, UK, the US and Australia as “we have similar rooted traditions in democracy, judicial independence and business policies”. After referring to a long list of GDP growth data, the Minister said that India needs business partners who help develop the country’s much needed infrastructure.

Much of that infrastructure would be constructed along with Delhi-Mumbai Industrial Corridor project, which would span across six states and extend across over 100 kms, needing an investment of $90 billion.

It offers potential opportunities for Canadian engineering firms which already have expertise working on such projects at home. To overcome problems faced in road projects and coal sector, the Minister said the government would set up independent regulators for these sectors in four months to attract foreign investment.