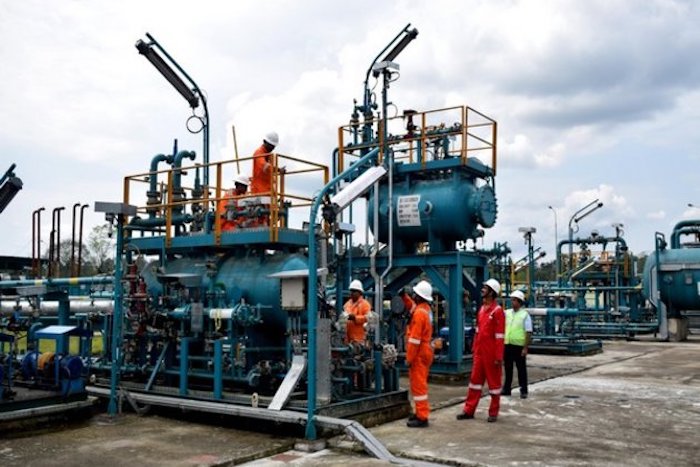 During a recent visit to India (24th – 27th January) as a chief guest of the Republic Day celebration, Brazilian President Jair Messias Bolsonaro sketched an ambitious plan to revitalisation their faltering economy. This new strategic partnership will expand cooperation in key sectors of the economy such as oil, gas, and mining, while it was setting the target of USD 15 billion in bilateral trade by 2022. While approaching to WTO against India for extending support to her sugarcane farmers, Brazil penned investment cooperation and facilitation treaty. This is Brazil’s 10th and India’s 4thbilateral investment agreement since both nations had adopted their Model Bilateral Investment Treaty. Previously, India has managed to conclude bilateral investment treaties with Belarus, Kyrgyzstan, and Cambodia after scrapping down all 83 existing bilateral investment treaties. The object and purpose of this short write-upare to critically analyse and compare the new Brazil-India Cooperation and Facilitation Treaty (Brazil-India BIT) with the Model BITs of India and Brazil. It will be discussed who deviates from Model BIT and to what extent to sign the investment agreement. Moreover, the author will evaluate whether both countries have compromised their interest to strike a deal and who wins the deal or to what extent.

The Definition of Investment

Definition of investment is one of the essential elements in any investment agreement as this is the first thing a disputant has to establish before an investment tribunal to avail the protection. Brazil-IndiaBIT under Article 2.4 incorporates the meaning of investment. Here we see that enterprise-based definition is adopted where an enterprise is taken together with all of its assets. Both Brazil and Indian Model BITs have adopted the same enterprise-based definition approach. The BIT definition of investment is coupled with some other characteristic such as the commitment of capital, objective of establishing a lasting interest, expectation of gain or profit, and the risk assumption. In this, the BIT commensurate with Indian Model BIT as Brazil BIT lacks these elements in the definition of investment. A slight difference remains with the Indian Model BIT as the BIT does not require the “significance for the development of the host-state” characteristic in investment. Prof. Ranjan rightly pointed out that the requirement “investment should be significant for the development of the host-state” is a subjective requirement which is very much challenging for the foreign investor to prove the same before an investment tribunal.

Prevention and Settlement of Dispute Clause – A New Horizon

Settlement of dispute is a vital portion of any investment agreement. It is observed that Brazil-India BIT used the phrase “dispute prevention and settlement” instead of the word dispute settlement only. Settlement of dispute comes under Part IV Institutional Governance, Dispute Prevention and Settlement. This highlights that both countries emphasise on the prevention of disputes resorting to the principle “prevention is better than cure”. Ostensible novelty is established in this BIT as Brazil has been very critical to the Investor-State Dispute Settlement System (ISDS) which gives an investor a right to approach an investment tribunal directly against a State. There is no provision of ISDS in this new Brazil-India BIT. Article 13 calls for the creation of the Joint Committee for the administration of this Treaty comprising of government representatives of both parties. This Joint Committee shall oversee the implementation and execution of the treaty, coordinate and facilitate, and resolve the dispute amicably between the parties. In pursuant to Article 14 Each party has to establish National Focal Point or Ombudsman who will be responsible for following recommendations of Joint Committee and consult with other party’s Ombudsman. Concisely, Ombudsman shall work closely with the other party’s Ombudsman, Joint Committee, and relevant government authorities at the state and local level to address differences and helping in preventing disputes. A unique dispute prevention mechanism is provided under Article 18. Under this article, if a party considers that a specific measure adopted by the other party constitutes a breach of this treaty, the party may initiate dispute prevention procedure within the Joint Committee. If the Joint Committee fails to resolve the dispute within a specified time of two months, the party may submit the dispute to the arbitration in according to article 19. Article 19 envisages State to State Dispute Settlement (SSDS) mechanism. This article says when dispute prevention mechanism fails to address and resolve the differences between parties, either party may refer the dispute to arbitration tribunal under this article. Article 19.2 says in explicit language that the purpose of the arbitration is to decide on the interpretation of the treaty or the observance of the terms of the treaty by a party. Furthermore, it spells out that the tribunal does not have any power to award compensation. Indian Model BIT provides both ISDS and SSDS mechanisms while Brazilian Model BIT excludes ISDS procedure, instead they devise SSDS system of dispute settlement. Thus, it is more than clear that India compromised its stand and agreed to adopt the SSDS system put forward by Brazil. However, in the absence of ISDS, the foreign investor has to depend entirely upon the home-state. If home-state does not wish to protect the interest of the investor, the investor will have no remedy available to the foreign investor under general international law.

Non-discriminatory clauses in BIT protects investors from losses which may incur due to war or other armed conflicts, civil strife, national emergency etc. If any investment is adversely affected due to any above-stated reasons the state has to compensate the investor. The BIT stipulates the ways of compensation. Typically, it includes restitution, indemnification, and other forms of compensations. Article 7 of the Brazil-India BIT incorporates such rule. It says, if investment suffers losses in the territory of other party due to war or other armed conflicts, revolution, state of emergency, civil strife or any other similar events, shall enjoy restitution, indemnification, or other forms of compensations. Moreover, the clause attached with MFN clause. So, the adversely affected investor has the option to avail the most favourable treatment under the MFN clause, which is awarded to a third-party than the treatment the host-state accords to its own investors. Both Model BITs have featured this non-discrimination clause. The Indian Model BIT only includes National Treatment clause not MFN clause whereas Brazilian Model BIT incorporates MFN clause. Thus, once again, India compromised its stand to Brazil and agreed to embrace the MFN clause to article 7 of Brazil-India BIT. However, one may find this kind of attachment of the MFN clause is standard protocol and nothing new to the investment lawyers.

After analysing Brazil-India BITs with Model BITs, the present author opines that newly concluded BITs between two nations rests mostly on Brazilian Model BIT. Although two countries have compromised on certain aspects. As it does contain SSDS system excluding the ISDS system of dispute settlement and the indirect expropriation clause. We witness the Brazil-India BIT is based on the principle of dispute prevention rather than the prevalent notion of dispute settlement. It is designed in such a way that it will be productive in preventing disputes more effectively. This unique dispute prevention tactic needs appreciation. The modern economic affairs hardly witness nationalisation or the direct takeover of foreign investment. As a result, in the absence of rules of indirect expropriation, it could well be expected that a certain degree of foreign investment protection would be weakened. After White Industries Arbitration case, asluicegate was opened for foreign investors’ claims which put at risk Indian government. Recently, India had terminated a close to 60 investment agreements which were based on the investor-centric approach of 2003 Indian Model BIT. In 2016, India published its new model BIT and started negotiation with other states, which is state-centric. After thorough analysing of the provisions, one can certainly reach to the conclusion that Indian Model BIT2015 gives precedence to host-state’s right to regulate over investment protection. This new Brazil-India BIT is even more placed on host-state’s sovereign right to regulate. As Indian Model BIT has been compromised most of the time while inking the Brazil-India BIT, the question remains to see in future BIT negotiations; whether India sticks to its own Model BIT or pay heed to the terms advances by the counterparts; hesitatingly or readily.