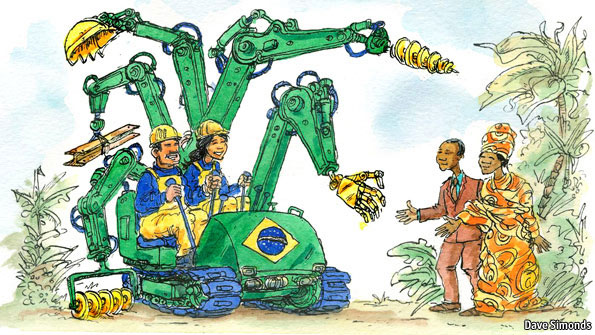 The new Brazilian BITs require investors to exert best efforts to promote certain public values in the conduct of their businesses such as protecting the environment, respecting human rights, providing training to local communities and observing local health requirements.

On 30 March 2015, Brazil and Mozambique entered into a treaty, which they call the Agreement for Cooperation and Investment Facilitation. On 1 April, Brazil and Angola entered into an agreement of the same nature.

Bilateral investment treaties or “BITs” are agreements between two countries for the reciprocal promotion and protection of investment by nationals of one signatory into the other. That is also the case with the Brazil-Mozambique and the Brazil-Angola BITs (the “new Brazilian BITs”). Such treaties may increase protection for investments on both sides of the Atlantic, in case they come into force upon ratification by the signatory parties.

During the 1990’s Brazil signed—but never ratified—14 BITs. Since then, the largest economy in South America refrained from seeking bilateral initiatives, and its most recent governments appeared to doubt the BITs effectiveness as a means of inciting investment flows. Yet, an increasing level of awareness regarding investment protection is rekindling the debate in Brazil, partly due to the demands of the Brazilian investment exporters currently devoid of treaty protection.

Both the new Brazilian BITs provide for protection against expropriation, limiting the conditions on which the host country may lawfully expropriate an investment from nationals of the other country. The new treaties require the state to pay fair compensation in case of expropriation, which must be calculated in accordance with the fair market value of the investment. The new Brazilian BITs also grant national treatment to foreign investors, establishing that they cannot be treated in a “less favorable manner” than how national governments would treat local outfits. In addition, the new Brazilian BITs also promote transparency and call for disclosure of local laws and regulations. They also allow the transfer of funds ‑ inbound and outbound ‑ without prejudice to the states’ prerogative to enact regulations coping with crisis that may affect their balance of payments.

The new Brazilian BITs diverge from the widespread reliance on investor-state arbitration or the arbitration proceedings that allow a private investor to bring claims against a state that breached its treaty obligations. Hence, the new Brazilian BITs do not allow access to the protective framework of the International Centre for Settlement of Investment Disputes – ICSID or to similar arrangements, which certain commentators deem incompatible with the Brazilian legal framework. This questions the effectiveness of the protections granted by such treaties. Would they amount to no more than a toothless lion that looks promising, but fails to deliver the heralded protections?

The new Brazilian BITs do not provide for effective enforcement tools. In case of treaty violations, the new Brazilian BITs do not allow the investor to directly bring arbitration. Those treaties rather foresee the establishment of a joint committee to steer investment cooperation and the nomination of ombudsmen within each country’s administration in order to provide official support to investment. The dispute resolution provisions included in the new Brazilian BITs provide only state-to-state arbitration, which can be brought by the signatory states in case an investment dispute cannot be resolved through the intergovernmental channels. Nonetheless, there is no regulation on the procedure for such arbitration. Hence, the new Brazilian BITs appear to replicate the traditional rule of diplomatic protection, whereby an investor can only bring a claim against a sovereign host state in case its own state of origin decides to raise that claim on a governmental level. This has been much criticized, to the point that some authors believe that the new Brazilian BITs might become “toothless lions”, without proper enforcement mechanisms by the private parties if the state does not bring the claim.

After successful negotiations in Mozambique and Angola, Brazil may have renewed its interest in bilateral investment promotion with other countries. In this sense, the Brazilian Foreign Affairs Ministry announced that the new Brazilian BITs follow a new model that may be replicated in other ongoing negotiations.