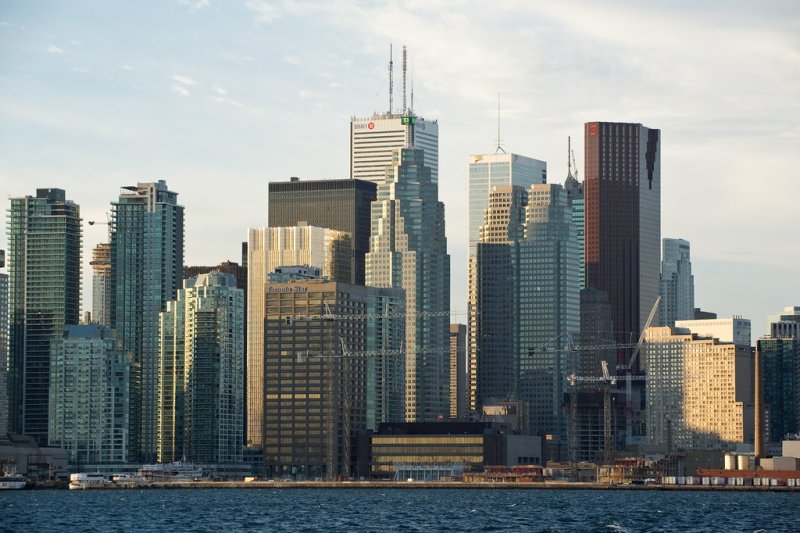 With only three months to go, businesses that trade between Canada and the United Kingdom are worried about not having a post-Brexit deal in place.

Although the United Kingdom left the European Union in January, the terms of the EU’s Comprehensive Economic and Trade Agreement (CETA) with Canada continue to apply until Dec. 31, offering a bit more time to negotiate a bilateral replacement deal.

But not that much more.

"As the U.K. and EU’s transition period nears its end, the clock is ticking," reads a joint statement Monday from the Confederation of British Industry and the Canadian Chamber of Commerce. "The benefits businesses have under CETA are set to disappear and without a trade deal in place both our countries will be going into unchartered territory.

"After months of trade and supply chain disruptions due to the pandemic, a continuation of uncertainty as our economies slowly rebuild is not an environment businesses can withstand," they said.

CETA has been good for both countries, the statement said, boosting two-way trade by about 10 per cent over its first two years. That’s why they’re calling for a bilateral deal to replace it "at the earliest opportunity."

In fact, negotiations have been on and off for several years.

Canadian officials never really walked away, but they did hit pause when Britain’s journey toward independent trade policy hit bumps.

According to International Trade Minister Mary Ng’s office, officials now are working toward a "transitional agreement" to minimize disruptions for businesses and workers.

The U.K. hopes to finalize its terms of trade with the EU at a summit next month. It believes other trading partners now have enough clarity to proceed with their own deals — and indeed some have, including Japan earlier this month.

A transitional agreement with Canada in the short term won’t be the same as a customized, bilateral agreement. That would take far longer than three months to conclude.

It would, however, prevent the two countries from "crashing out" of CETA, offering a stop-gap measure until both sides have the time and capacity to negotiate something more bespoke.

Ng confirmed that Canada and the U.K. are back at the table while taking questions during a webinar Monday morning hosted by the Canada–EU Trade and Investment Association to mark CETA’s three-year anniversary.

The minister said she is "very hopeful" and it’s her ambition to reach a transitional agreement "before or in time" for Brexit.

"That will set the stage for a more comprehensive [free trade agreement] with the U.K.," she said. "The most important thing for me right now is stability for Canadian businesses ... It’s our job to make sure that we do our level best to accomplish that environment for them."

They were close in early 2019. A proposal to extend CETA had gone to Justin Trudeau’s cabinet.

But in a last-minute effort to ensure British businesses weren’t harmed by a looming "hard Brexit" (exiting the EU’s customs union without deals to replace its benefits), May’s government announced dramatic global tariff cuts that made Canada think twice about whether to let some of its CETA concessions stand.

When Boris Johnson took over as prime minister, his government shifted its focus to negotiating new bilateral trade agreements with countries that didn’t previously have trade deals with the EU, like the United States.

Last May, the U.K. upped its ante and published a new list of tariffs on imports from countries like Canada if agreements were not reached.

But negotiations with Canada did not immediately ramp up, with Canadian officials wanting more certainty on Britain’s trade terms with the EU.

The Johnson government has struggled to implement Brexit, particularly with respect to its land border with the Republic of Ireland, which remains part of the European Union.

The Good Friday Agreement that brought peace to Northern Ireland in 1998 dismantled the heavy security and border checks between the two countries.

Under Britain’s withdrawal agreement, Northern Ireland remains inside the EU’s single market in order to avoid re-establishing a "hard border" on land. The U.K.–Irish border, as far as customs duties and regulations are concerned, moved to the Irish Sea.

But recent legislation from Johnson’s government risked violating that to facilitate internal trade between Northern Ireland and the rest of the U.K.

American politicians sounded the alarm immediately. House Speaker Nancy Pelosi vowed that the U.S. Congress would not ratify any trade agreement with the U.K. if the Good Friday agreement was not fully respected. Presidential candidate Joe Biden followed suit.

Mick Mulvaney, President Donald Trump’s special envoy to Northern Ireland, piled on, urging the U.K. government to make sure it didn’t create a "border by accident."

Is Canada taking a similarly strong stand on the Irish border issue?

"We continue to urge both the U.K. and the EU to reach an agreement on their future relationship, and ensure that they preserve the gains of the Good Friday Agreement," said Ryan Nearing, Minister Ng’s press secretary, in response to a question from CBC News.

"Any future trade agreement between Canada and the U.K. will be influenced by the U.K.-EU trade relationship, as well as any unilateral U.K. trade approaches."

Canadian Conservatives, in particular former leader Andrew Scheer, have expressed enthusiasm for Brexit and criticized the Liberal government for hedging its bets and slow-walking toward free trade with an independent Britain, given their historic ties.

"Conservatives support the Good Friday Agreement and the resulting peace it has maintained," said Conservative foreign affairs critic Michael Chong in a statement. "We hope that the United Kingdom and the European Union come to an agreeable conclusion and that Canada can move forward with a trade deal with the U.K. in the future."

Earlier this month, U.K. Trade Secretary Truss met with representatives from the member countries of the Comprehensive and Progressive Trans-Pacific Partnership (CPTPP), kicking off the negotiating process for the United Kingdom to join the 11-country Pacific Rim trade pact — even though the U.K. has only one small territory in the Pacific (Pitcairn Islands).

Canada is among the first seven member countries that have ratified and implemented the CPTPP.

British accession could be a long process. Parts of the negotiation may overlap with Canada’s bilateral interests.

It’s unclear which is the higher negotiating priority: a custom bilateral deal or the U.K. joining the CPTPP. For now, Canada appears to be going along with both.

Meanwhile, both governments face the looming expiration of CETA’s benefits, without an alternative in hand.