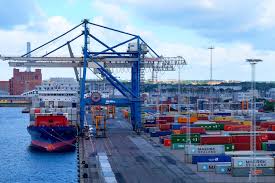 Cambodia-China FTA talks conclude, to be signed this year

The Cambodia-China free trade agreement (FTA) will provide greater market access to Cambodian products and bring more benefits to the two sides, the Cambodian commerce ministry recently said. Chinese commerce minister Zhong Shan and Cambodian counterpart Pan Sorasak announced the conclusion of the talks via a video conference yesterday. The FTA is expected to be signed this year.

"The successful conclusion of the negotiations for the FTA in a short time has clearly reflected the commitment of the two countries’ leaders to building closer ties, and this FTA will provide a lot of socio-economic benefits to the two peoples," the Cambodian ministry said in a press release.

"Once signed, the deal will give us greater market access, and definitely, trade and investment volume between the two countries will be further expanded," Seang Thay, secretary of state and spokesman for Cambodia’s commerce ministry, told an official Chinese media outlet.

Two-way trade between the two countries stood at $9.42 billion dollars in 2019, according to the Chinese embassy in Cambodia.

The two countries began to discuss the feasibility of a bilateral FTA in December 2019 and launched the first round of negotiations in January this year.