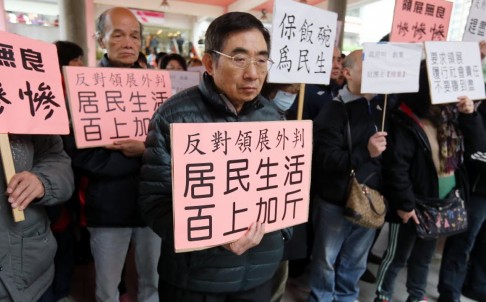 Canada and Hong Kong FIPA signed: A boost to the bilateral business relation

by Pierre Lissoir and Bin Zeng

The Canadian minister of international trade and the secretary for commerce and economic development of the Hong Kong Special Administrative Region signed a Canada-Hong Kong foreign investment promotion and protection agreement (“FIPA”) on February 10, 2016. FIPA sets out respective rights and reciprocal binding obligations for Canada and Hong Kong, including non-discriminatory treatment, minimum standard of treatment, commitments against unlawful expropriation etc, and dispute resolutions rules. The objective of FIPA is to provide a more transparent and predictable climate for investors, ensure fair and equitable treatment, as well as promote bilateral trade and investment between Canada and Hong Kong.

The negotiation of FIPA between Canada and Hong Kong began in September 2014 and the conclusion of the negotiations was announced on May 23, 2015. In fact, when compared to the negotiation of FIPA between Canada and China, which lasted more than a decade (1994 - 2012), Canada and Hong Kong reached this agreement in a timely manner. This promptness was undoubtedly due to their longstanding relationship, their deep-rooted historical ties and the common values they share, such as the respect of the rule of law and individual freedom. In terms of trade, both Canada and Hong Kong attach great importance to a free and open trade environment. Hong Kong is also Canada’s sixth largest export market and second largest foreign direct investment destination in Asia.

Non-discriminatory treatment; Investors from both Canada and Hong Kong must be treated no less favourable than any other foreign country’s investors, or any domestic investors. Nevertheless, the expansion with respect to certain sectors or industries from Hong Kong to Canada, or vice versa, remains subject to a prior approval process or admission requirements under applicable laws, such as, the Investment Canada Act.

Expropriations and Transfers; Neither Canada nor Hong Kong may expropriate an investment, directly or indirectly, except for a public purpose, in accordance with due process of law, in a non-discriminatory manner and on payment of full and prompt compensation. In addition, both Canada and Hong Kong shall permit, in general, all transfers relating to an investment, i.e. contributions to capital, to be made freely and without delay.

Dispute resolution; An investor may submit a claim to arbitration, provided that the investor incurred loss or damage by reason of the breach of a substantive obligation by Canada or Hong Kong, and that the parties attempted to settle the claim amicably through pre-arbitration consultations. The arbitration will follow the United Nations Commission on International Trade Law (UNCITRAL) rules.

Canada and Hong Kong share longstanding political, commercial and people-to-people ties, which facilitate and foster their bilateral business relationship. In particular, Canada and Hong Kong have both adopted the common law legal system and share a similar business culture in terms of respect for contractual obligations and intellectual property rights. In addition, both Canada and Hong Kong attach great importance to judicial independence, efficient public service and a free and open business and trade environment.

The conclusion of the Canada-Hong Kong will benefit both parties. On one hand, Canada’s positive investment climate, rich variety of natural resources, highly educated workforce, and competitive fiscal regimes make it a dynamic and prosperous country in which Hong Kong investors can invest, grow and expand their businesses. On the other hand, Hong Kong is an ideal place for Canadians to do business in Asia, because of its strategic location, its combined advantages of "one country, two systems" arrangement, and its world class business infrastructure (logistic, communication etc.).

Although the Canada-Hong Kong FIPA has not yet entered into force, its conclusion is a meaningful step forward in their bilateral business relationship. With the reciprocal commitment to provide most favorable, national, fair and equitable treatments to investors, permit free transfers of funds, and to refrain from unlawful expropriations, the Canada-Hong Kong FIPA will further ensure certainty, the protection of investors, and ultimately strengthen their robust bilateral trade and investment relationship.