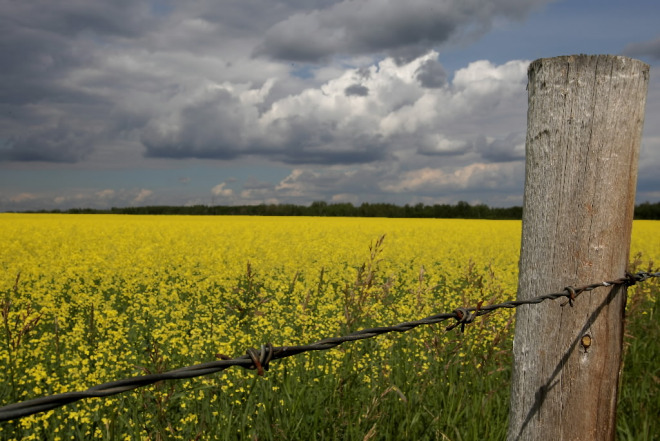 Canada and China are currently in exploratory talks about the possibility of a free trade agreement (FTA) between the two countries. The Canadian government announced on March 3 that it is seeking Canadian’s views on the possible FTA.

Parallel to the exploratory discussions, the Canadian government is currently seeking the views of Canadians on how to best proceed regarding a possible FTA. This would include how to best improve market access and legal certainty and transparency for Canadian business, but also to understand any other related issues and concerns that are relevant when considering a possible FTA.

An independent analysis commissioned by the Canola Council of Canada, a full value chain organization representing canola growers, processors, life science companies and exporters, said that a FTA with China could create 33,000 additional jobs in Canada from increased exports of canola alone.

“Freer trade with China would mean a lot more jobs and growth from Canadian canola,” said Brian Innes, vice-president of government relations with the Canola Council. “In these uncertain times for global trade, Canadians should be very encouraged by the opportunity for a more stable and open trading relationship with China.”

The study conducted by Dan Ciuriak, former deputy chief economist with the Canadian federal trade department, found that eliminating China’s tariffs on Canadian canola could increase exports of seed, oil and meal by up to $1.2 billion per year. That would be the equivalent of 1.8 million tonnes of canola, or about 10% of Canada’s current annual canola production. Though it’s a big number, it reflects an opportunity the canola value chain sees as realistic.

While China is a major producer of oilseeds, it is unable to meet demand through domestic production alone. According to the Canola Council, canola is an obvious choice to fill the gap because China’s increasingly affluent population is seeking out healthier oils, and canola provides one of the healthiest. In addition, people in China are eating more meat and fish, which in turn increases the demand for a good-quality protein source like canola meal for animal feed and aquaculture.

“There’s tremendous growth potential for canola exports to China,” Innes said. “Getting rid of tariffs would make canola more competitive with other oilseeds and have a global impact on the value of canola.”

Currently, China’s tariffs on imported canola seed (9%) are three times higher than those applied to soybeans (3%). In 2016, this tariff made canola about C$32 per tonne more expensive than it would be if it had the same tariff as soybeans. China has been eliminating tariffs on oilseeds in its trade negotiations with other countries. Chinese tariffs on canola oil are 9% while canola meal has a 5% tariff.

Three canola traits, approved in Canada since 2012, are in the final stages of the Chinese approval process, the Canola Council said. Commercialization is on hold until they are approved in China – meaning growers do not have access to the latest seed innovations. Stronger trade ties will help to resolve non-tariff barriers as government-to-government relations are strengthened.

“Our trade with China has been growing but can still be unpredictable and hampered by barriers,” Innes said. “A free trade agreement would bring more stability to our trading relationship.”

The study found that the increase in sales to China because of lower tariffs would result in increased investment, revenue and spending by the Canadian canola industry, which would flow through the Canadian economy. New jobs would be created within the agricultural value chain, while also stimulating employment in a broad range of other economic sectors across the country.

The Canadian government is soliciting views from businesses, civil society organizations, labor unions, academia, individual Canadians, Indigenous groups, and provincial and territorial governments on objectives, key interests and potential concerns, which will help outline the parameters of a potential initiative.

All interested parties are invited to submit their views by June 2, 2017. Please be advised that any information received as a result of this consultation will be considered as public information, unless explicitly requested otherwise.