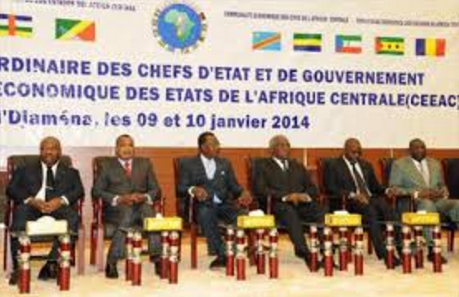 CEMAC losses of customs duties with the EU28-UK EPA

On 17 December 2007, Cameroon and the EU initialled an Economic Partnership Agreement (EPA) , which was signed on 15 January 2009 under the name "Interim Agreement with a view to an Economic Partnership Agreement between the European Community and its Member States, of the one part, and the Central Africa Party, of the other part", it being specified that "Central Africa, which for the purposes of this Agreement consists of the Republic of Cameroon", while formally the CEMAC (Economic and Monetary Community of Central Africa) comprises 6 countries for the EPA: Cameroon, Republic of the Congo (Brazzaville), Gabon, Equatorial Guinea, Central African Republic, Chad . The European Parliament gave its agreement on 13 June 2013 and the Parliament of Cameroon ratified it on 22 July 2014 and its provisional application started on 4 August 2014. The first EU-Cameroon Joint Committee was held in May 2015. On the same day, the European Commission finally closed the door to the regional EPA in a letter from the European Commissioners for Trade, Cecilia Malmström, and International Cooperation and Development, Neven Mimica, addressed to CEMAC president Pierre Moussa: "As indicated in our letter of July 19th, our services are at your disposal to study with you the modalities of membership of the current agreement between the EU and Cameroon. That it is therefore not possible to re-launch the regional negotiations interrupted in 2011 and in particular to discuss the text of a new agreement" . Beginning in 2003, negotiations for an EU-CEMAC regional EPA have therefore failed. Since 2011 the two sides had not met and the implementation of the interim EPA of Cameroon was perceived by the CEMAC as a threat to subregional integration. However, following the collapse of oil prices and the drying up of the budgetary resources of the producing countries (Congo, Gabon and Chad), it seems that the other five States are about to sign the CEMAC regional EPA very quickly .

This paper assesses the CEMAC customs duty losses (DD) on its imports from the EU-28 minus the United Kingdom (UK) after the Brexit on the basis of EU28-UK exports in 2015 and of the liberalization programming provided for by the EPA. A subsequent document will assess the GSP and GSP+ and MFN customs duties that some CEMAC States would have to pay to the EU28 on their exports without an EPA.