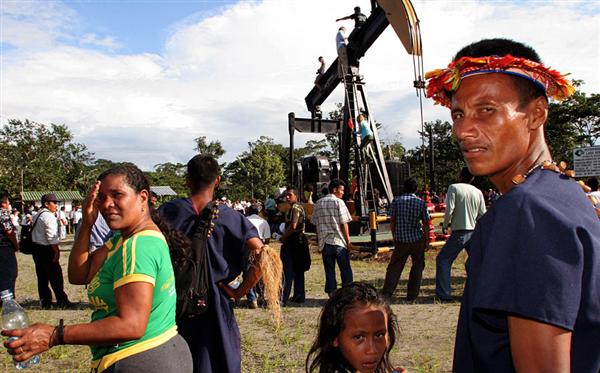 Chevron Corp. said Friday profits jumped 43 percent in the second quarter as higher oil and gasoline prices made up for a decline in crude production

Chevron Corp., the second-largest U.S. energy company, said it won a $96 million judgment against Ecuador in an international arbitration case stemming from a 1990s oil-export dispute with the Latin American nation.

The ruling by the Permanent Court of Arbitration in The Hague resolved seven commercial claims over crude sales by the Ecuadorian government from 1991 to 1993 from wells operated by Texaco Inc., Kent Robertson, a spokesman for the San Ramon, California-based company, said today in a telephone interview.

Ecuador overstated domestic crude demand to boost its share of production from the Texaco-operated wells, and then sold the oil on the international market, depriving Texaco of profits, Robertson said. Texaco was acquired by Chevron in 2001.

“Ecuador rejects the final sentence given by the arbitration court and considers that it has no legal validity and represents a grave injustice,” Diego Garcia, Ecuador’s attorney general, said today to reporters in Quito.

Garcia said the panel didn’t have jurisdiction to decide the case because a bilateral investment treaty between the U.S. and Ecuador wasn’t in effect when Texaco quit the country.

Ecuador plans to ask a district court in the Netherlands within 90 days to invalidate the arbitration ruling, Garcia said. Ecuador is prepared to appeal the case all the way to the Netherlands’s highest court, he said.

In a separate case, Chevron is awaiting a ruling from the Permanent Court of Arbitration on whether it’s liable for environmental damage in Ecuador’s Amazon River basin. The company was ordered in February by an Ecuadorian court to pay $18 billion in damages and penalties for chemical-laden wastewater dumped in the river when Texaco operated there from 1964 to 1992.