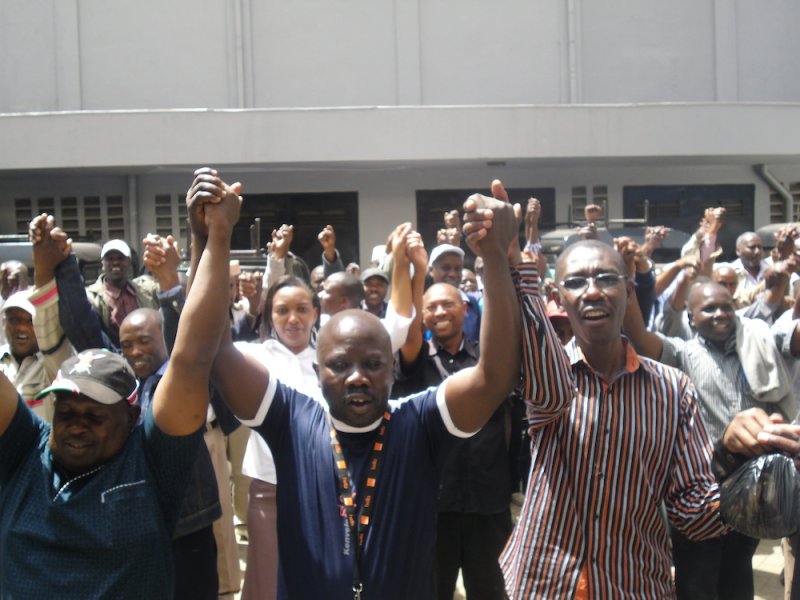 Kenya’s umbrella body of trade unions has criticised the Government for its persistent stand on the Economic Partnership Agreement (EPA) with the European Union.

Central Organisation of Trade Unions (Cotu) Secretary General Francis Atwoli said Kenya, just like her neighbours, should instead act cautiously as the agreement will not only turn the country into a dumping destination for unsolicited products but also kill its industrialisation dream.

Atwoli said Kenya should restrain itself from being the "European Ambassador" in lobbying the rest of the regional Member States of the East Africa Community into signing EPAs.

"Kenya should equally be cautions that its move to sign EPAs against the wish of its colleagues in the region is likely to jeopardize the much needed regional integration," warned Atwoli. Signing of the EPA as a bloc is meant to give the region more bargaining power against the EU.

Atwoli said opening up our markets for free access by European goods (including dumping) will greatly hamper individual regional country’s efforts to industrialise.

"This is the same trend that has over the years killed our infant industries leading to their subsequent closure," said Atwoli. "It is wrong for the government to only look at horticulture and flower industries that will benefit from the deal at the expense of the many other sectors."

Tanzania under the leadership of its new president Dr John Magufuli, has openly showed little interest in signing of the deal with EU maintaining that it will kill local industries. Burundi is also cautious.

A recent meeting in Dar-es-Salaam, Tanzania over the EU deal aimed at convincing Mr Magufuli to sign the EPA could only extend the deadline of October 1 to January 2017.

Already EAC leaders have urged the EU not to subject goods to tax when the October deadline lapses but wait until 2017 with the hope that a solution would have been reached.

Kenya is said to be the biggest loser with huge taxes if the deal is not signed by her neighbours (or if EU sticks to the October deadline) as it is not only a major exporter to Europe (mainly flowers) but it is no longer categorised as a low class economic country hence no trade incentives.

"Let the Kenya government be alive to all these issues including the fact that the government will lose huge revenue as a result of signing the EPAs and continue to hamper our industrialisation process," Atwoli said.

"Inclusion of the social clause in these agreements as cited under the Social Development Goals, remains key in guaranteeing workers support since this clause will now force all business operatives from both ends to recognise Collective Bargaining Agreements, CBAs with Trade Unions."