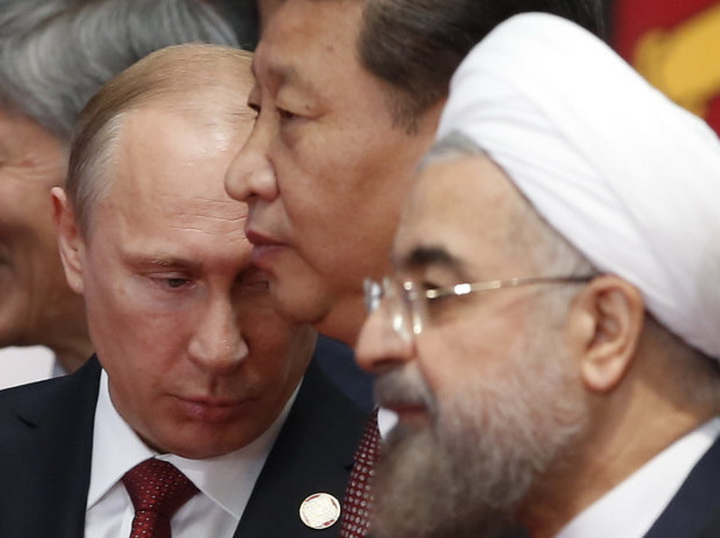 The Moscow-led Eurasian Economic Union aims to finalize a free trade deal with Iran by the end of the year, in a drive by Russia and its fellow members to deepen ties with Tehran.

Trade overtures are taking place amid signs that Iran’s relationship with the US will deteriorate under the administration of Donald Trump, Financial Times reported.

The US president last week attacked Iran during visits to Saudi Arabia and Israel, days after Iran reelected moderate President Hassan Rouhani on a platform of international reengagement.

Russia and Iran cooperate on a number of geopolitical issues, most notably in supporting Syria’s fight against foreign-backed terrorists. The two countries have sought to deepen their relationship since the EU and US imposed sanctions on Moscow in 2014.

Reaching a deal on free trade would represent a notable victory for the nascent EEU—a single market of Russia, Kazakhstan, Belarus, Kyrgyzstan and Armenia set up in 2015—and mark a significant strengthening of relations between Iran and the former Soviet republics.

“We believe we can come up with something substantial by the end of the year,” said Timur Suleimenov, Kazakhstan’s minister of economy.

The EEU’s prime ministers resolved in March to make talks with Tehran a priority, scenting an opportunity to expand beyond the bloc’s combined market of 183 million people.

“We would like to have a framework signed then,” said Suleimenov, who became minister in December after previously working as the minister in charge of economy and financial policy at the EEU Commission in Moscow.

At the same time, Suleimenov warned that any souring of US-China trade relations under Trump would be harmful for Central Asia.

Trump’s campaign for the White House was marked by strong anti-free trade rhetoric and heavy criticism of China, which he threatened with import tariffs and a move to label it a currency manipulator.

However, his recent meetings with Chinese President Xi Jinping and a trade deal this month to give US companies more access to the Chinese market, while scorned by experts, have raised hopes that he will be less aggressive toward Beijing in office.

China’s One Belt One Road policy to aggressively expand trade relations with Central Asian countries is seen in the region’s capitals as a crucial driver of their economic growth.

“And if something bad happens to the US-China relationship, it is going to affect us. Whether it is a trade war, and there is dumping by Chinese companies to Kazakhstan, to the EEU, whether it is a depreciation of the yuan,” the 39-year-old US-educated minister added, “there are lots of other consequences that will affect us.”

China is Kazakhstan’s biggest investor and its top export destination. Beijing sells about $6 billion of goods to the country every year. It has also surpassed traditional regional heavyweight Russia as the most important trading partner for some of Kazakhstan’s neighbors.